In this episode, we talk with Dr. Aileen Riotto Sirey, one of the founders and the first president of the National Organization of Italian American Women (NOIAW). She discusses the role of Italian American women before, during, and after the feminist movement, as well as her own journey straying from then returning to embracing her heritage.

In the story segment, Dolores reads a segment from Dr. Sirey’s incredible research booklet, “Ethnotherapy: An exploration of Italian-American identity”

Dr. Aileen Riotto Sirey was elected the first President of NOIAW in 1980, when the organization began with a small group of women including Geraldine Ferraro, Matilda Raffa Cuomo and Roseanne Colletti.

Sirey maintained her position as President for 7 years. For the following 25 years she served as Chairwoman of the Board of Directors of the organization, which in that time span has grown into an international network with more than 1,000 members and affiliates in Australia, Argentina and Italy.

Ethnotherapy: An exploration of Italian-American identity 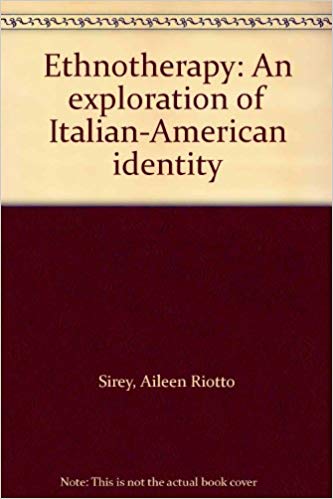 Previous Post: « IAP 68: POWER HOUR: Would a Ragù by Any Other Name Taste as Good? – The Ultimate Intellectual Sauce vs. Gravy Debate
Next Post: IAP 70: The Power of Hustle: Sarah Centrella on Hard Work and Big Dreams »