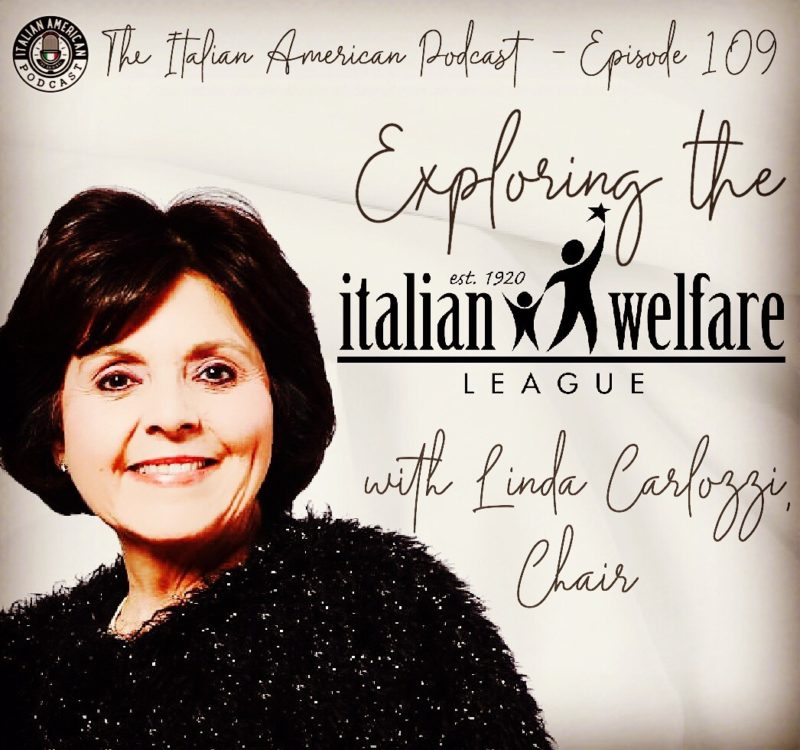 Linda R. Carlozzi is known to many for her stellar legal career (she’s even included on Crain’s NY’s list of 100 Leading Women Lawyers in New York City). But, to those of us in the Italian American community, her ubiquitous presence amongst the leadership of countless Italian American organizations might make one wonder exactly how this “Wonder Woman” finds the time for anything but being Italian.

As the League gears up to celebrate its 99th anniversary in late October, we’ll discuss its founding in 1920 as a project of the American Red Cross in Italy, and its decades long service for newly-arrived Italian immigrants on the piers at Ellis Island, to its current mission born from the tragedy of September 11, 2001- to serve “i Nostri Bambini”, the children of greatest need in the Italian American community.  This all-volunteer group is the oldest organization for Italian American women in the nation, yet it’s leading the way in redefining service in the community.

As they explore this history, they’ll take the well-worn, meandering path that comes with any episode of the Italian American Podcast, to search for better understanding of why our community keeps its culture so alive, and share a story (and argument) or two from the many years these three have crossed paths in their shared efforts to serve the community they all love.

It’s an episode that will inspire you to get active in the community, and leave you with a ton of laughs along the way.

Hidden Heritage Collections- I Nostri Bambini: A Glimpse at the Work of the Italian Welfare League

Previous Post: « IAP 108: “’A Festa ‘E Tutte ‘E Feste’” A Behind the Scenes Look at The Feast of San Gennaro in New York’s Little Italy
Next Post: IAP 110 : “Are You Surprised That YouTube’s Only Emmy Nomination is for an Italian Girl Teaching Cooking?” A Conversation with Cara Di Falco, Emmy Nominated Star of ‘Cara’s Cucina’ »