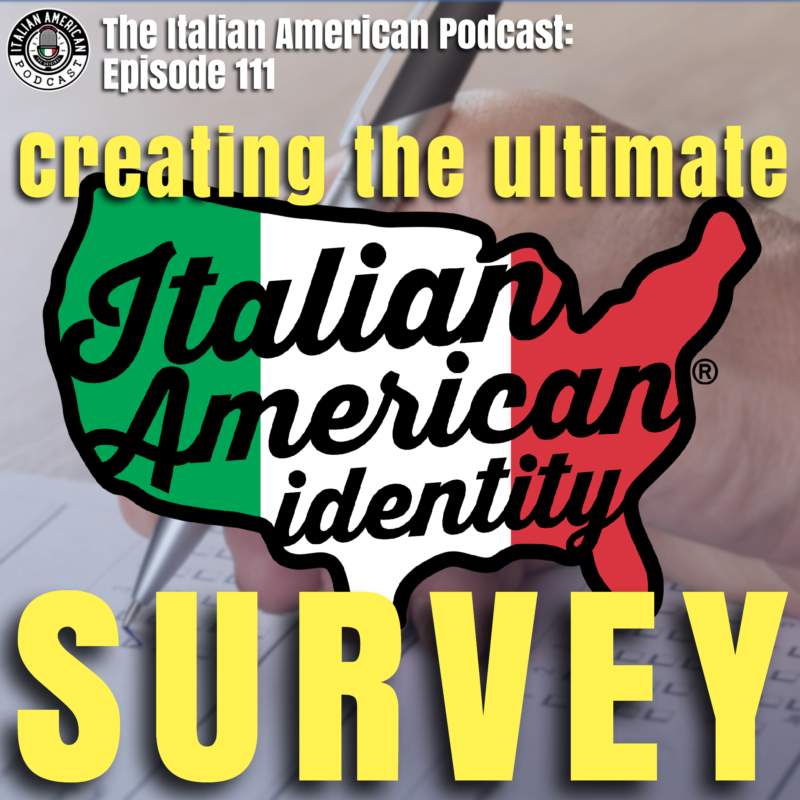 For over one hundred episodes, we’ve talked, complained, gossiped, and wondered about the “Italian American Way”, and now it’s time to set pen to paper and see if we can’t figure out exactly what that means in 21st Century America.

As ‘Italian American Heritage Month’ kicks into full swing, John presents Pat with a project he’s long sought to bring to fruition… an ‘Italian American Identity Audit’ survey, designed to put a finger on the pulse of the modern Italian American community.   Since neither have ever seen something like this that meets their standard for ‘Italian American Excellence’ they’ve set out to create it, and this episode will bring you into the conversation around why this project is so important, how the questions have been formed, and how they intend to gather the widest variety and highest rate of response they can.

You’ll have a front row seat as they begin to craft this project, and hear some of the questions they consider, and opinions they hope to understand in undertaking such a work.

It’s the first in a series of very special episodes celebrating ‘Italian American Heritage Month’, and an invitation to be a part of something of incredible value to the future of Italian America!

*** The survey will go live on Friday, October 11, 2019.  To submit questions or comments for potential inclusion in the questionnaire, please email info@italianpower.com***

Previous Post: « IAP 110 : “Are You Surprised That YouTube’s Only Emmy Nomination is for an Italian Girl Teaching Cooking?” A Conversation with Cara Di Falco, Emmy Nominated Star of ‘Cara’s Cucina’
Next Post: IAP 112 : “When Did Columbus Become an Italian American?” An Honest Exploration of the History of the Columbus Day Holiday »