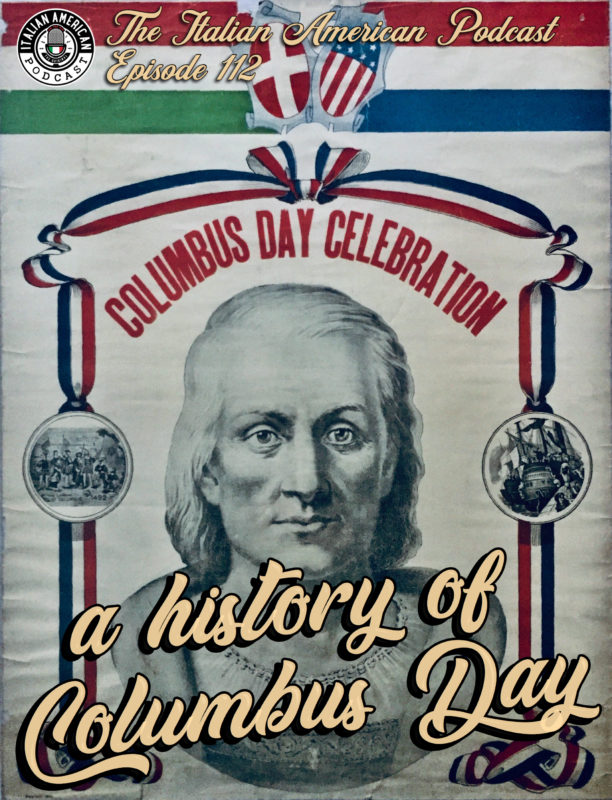 Happy Columbus Day everyone!  Or is it “Happy Indigenous Peoples Day”?  Or “Happy Italian American Heritage Day”?
In recent years, a holiday that was celebrated for centuries without controversy (save for some of the garish green-white-and-red outfits it inspired) has become a hot-button issue that hits at the heart of Italian identity in America.
As some communities opt to re-examine the legacy of the holiday’s namesake navigator, Italian Americans across the nation are finding themselves fighting to defend a figure clouded in historical mystery and a holiday that, for many, had come to represent the Italian contribution to the United States.
But just how DID Columbus Day, a celebration first observed in 1792, come to belong to a community that didn’t really arrive here in significant numbers until a century later?
In this episode we will examine the history of Columbus Day, from its roots as a day free from the fingerprints of America’s recently vanquished British forbearers, through its years as the target of the Ku Klux Klan, to its eventual role as the celebration of Italian American pride that it has become.
Next week, we’ll wade into the battle raging around this enigmatic figure and the holiday that bears his name, but in order to fully participate in the present dialogue, Italian Americans ought to understand, for better or worse, just how this holiday came to be our own.  And hopefully, after listening to this episode, you will too!
Previous Post: « IAP 111 : “Do You Think We Italian Americans Can Agree on Anything?” Creating an ‘Italian American Identity’ Survey for the 21st Century
Next Post: IAP 113 : “Why We Are Neo-Bourbon” An IAP Lecture on the Southern Italian Roots of the Italian American Community »