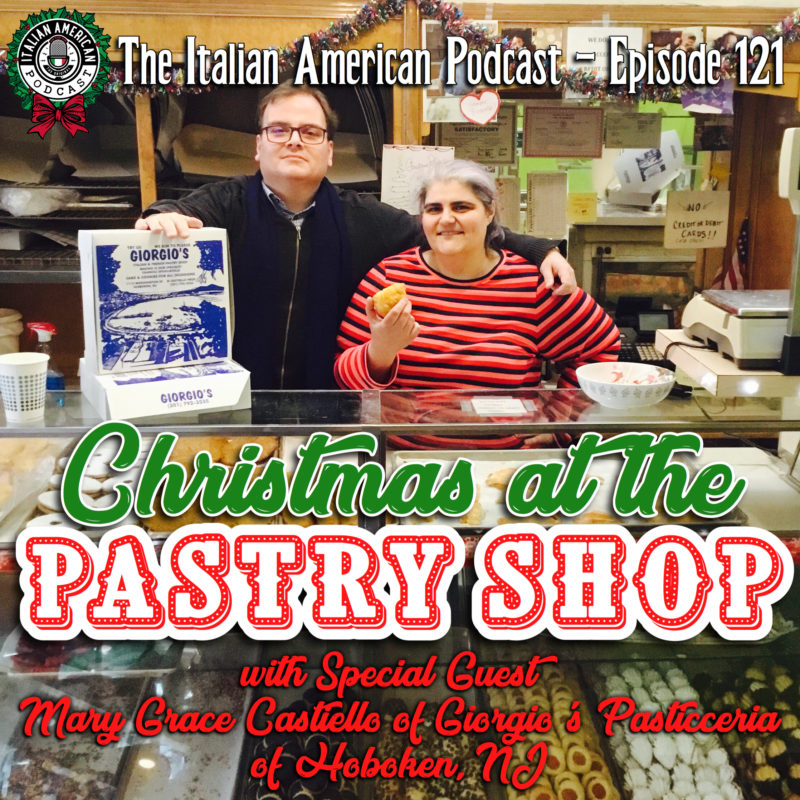 Hoboken, NJ is considered a Mecca of Italian American Pastry, with something for everyone, from world-famous brands to the most authentic family-owned Pasticceria you could ask for!

At Giorgio’s Pasticceria Italiana, second generation pastry chef Mary Grace Castiello follows in the footsteps of her late father, the Pastry Shop’s namesake Giorgio, in making sure that no matter how long the lines get, those who pop in for a pastry or some cookies still feel like family.  As she likes to say, if other places feel like a big budget Hollywood picture… Giorgio’s is an independent film.  Now, after 45 years as a Hoboken institution, Mary Grace is stepping up to keep the family business, and a neighborhood’s Italian American landmark, moving forward into a new era.
In this episode, John and Pat will venture into Hoboken to sit down with Mary Grace at Giorgio’s as the Christmas Bakery Boom begins anew.  They’ll discuss what it’s like for a history major to take on the reigns of family tradition, and how an Italian American business has evolved for a new clientele and a new Hoboken.
They’ll exchange some of their favorite recipes, explore how changing tastes have impacted what we buy, and explore how new trends, like gluten-free eating, make their way into an “Old School” institution like Giorgio’s.

It’s an episode about food and family…two of the most important pillars of Italian American identity, and one that will inspire you to head to your local bakery, or make your way to Giorgio’s in Hoboken, to satisfy the “woolee” for an Italian American sweet!