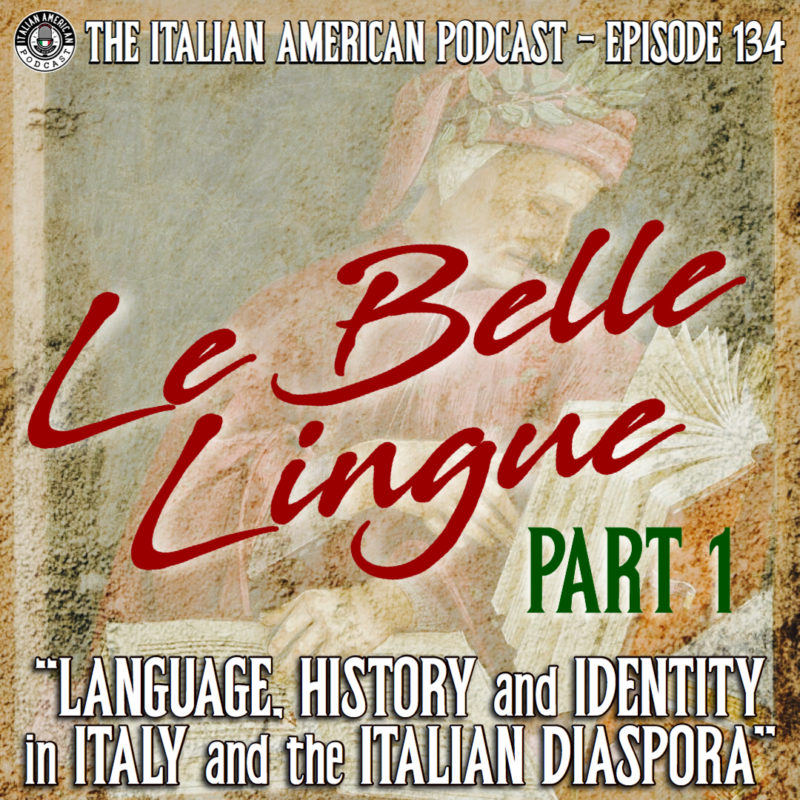 Our team also discusses the complex relationship between standard “Florentine” Italian and its regional languages and dialects, showing how they all formed through the various tribes, trials and conquests that have taken place on the Italian peninsula since the days of Ancient Rome. We also explore the first written forms of Italian and Dante’s role as the “father” of the standard Italian language.

In true Italian American Podcast style, we also take a road trip on the linguistic map of Europe and the Mediterranean world, making stops in Spain, France, and Israel. And we even visit the Accademia della Crusca, the world’s oldest linguistic governing body, as we examine its relevance to modern Italian. And we will examine how television and social media have affected the development of “La Bella Lingua” and the resurgence of its regional languages.

Returning Stateside, we even take on American regional accents and how they are influenced by our country’s geography and history.

Parli italiano? Find out more about how that question has many answers in this week’s episode!