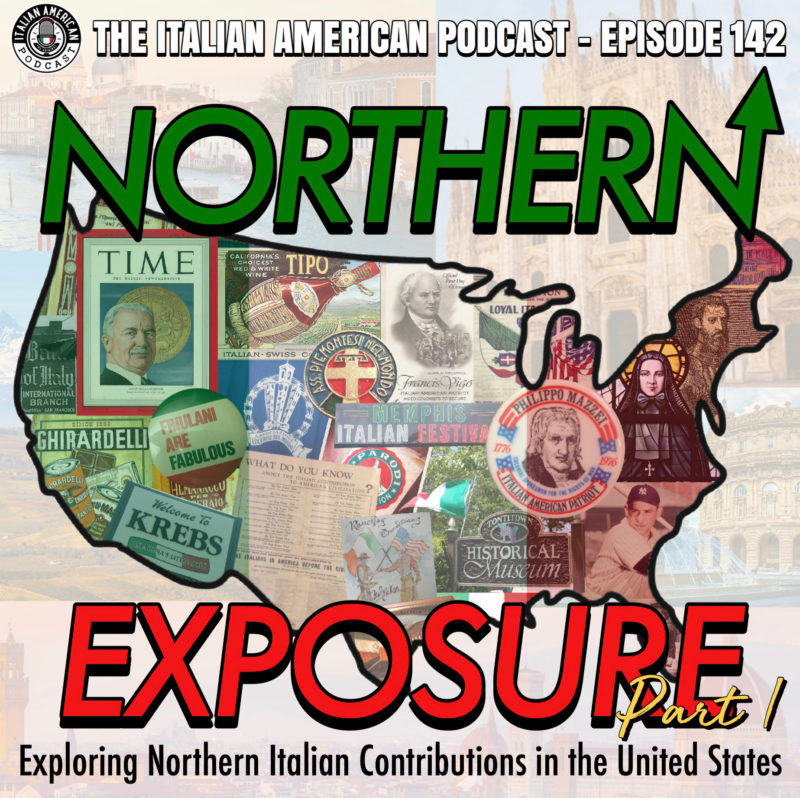 We tend to focus a lot on our Southern Italian roots here at the Italian American Podcast, but today we’re asking…  “What’s up North?”

This week’s episode is the first in a two-part series featuring special guest and Northern Italy expert Robert Allegrini, the honorary consul of San Marino in Chicago, where we will dig into a history of the contributions, communities and characters of the Italian Americans descended from northern and central Italy.

We dive into the history of Northern Italy, including exactly how it can be defined and how its history differs from that of Southern Italy. We’ll also talk about the how the first Italians in the New World were from the North and how they helped contribute to our nation’s founding and early formation. We also pay homage to the Italian pioneers of America’s western expansion and how the further West you go, the more Northern Italian communities you see.

We also talk about Italians who fought in the American Civil War and how prominent Northern Italians helped shape America’s cultural landscape. Finally, we dive into Northern Italian enclaves in the United States and how their foodways have become a staple of Italian American cuisine.  And we’ll introduce some surprisingly Italian communities spread throughout the far reaches of America… settled by and still held dear by generations of northern Italian Americans!

So get ready to head up North with us in an episode for the 13%!!