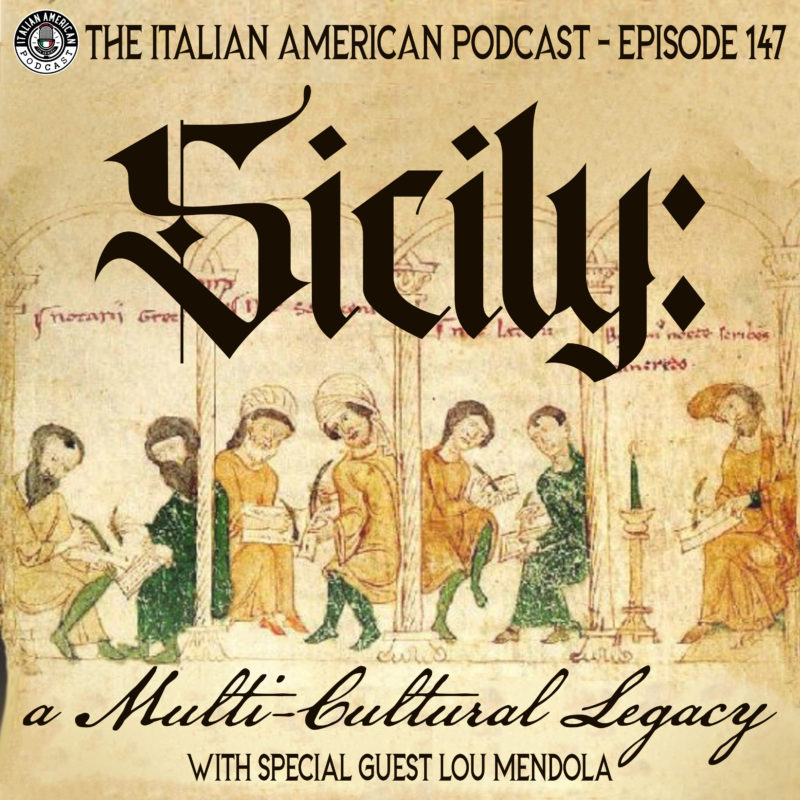 Almost 900 years ago, there existed a land where peoples of all cultures, creeds and colors lent their talents to the building of a nation at the forefront of science, art and civic life.  It was a kingdom in the sun… an island at the center of the world.  That nation was the Norman Kingdom of Sicily, and in this week’s episode, renowned historian and medievalist Lou Mendola joins us from Sicily’s ancient capital of Palermo to explore what we today can learn from the island’s unique multi-cultural legacy.

A native of Rochester, New York, and resident of Palermo for many decades, Lou is one of the world’s foremost Sicilian medievalists and one of only a handful of scholars whose works on the history of Southern Italy and Sicily have been published in English. His books have broken new ground not only as resources for scholars but also as benchmarks in outlining a Sicilian identity rooted in the Middle Ages. Over the last three decades, Lou has been consulted by the Almanach de Gotha, the History Channel, The New York Times, the BBC, the Vatican’s Prefecture of the Pontifical Household, the Sovereign Military Order of Malta and the heads of several European royal dynasties.

Lou joins Pat and John to explore how Norman Sicily was truly the “New York City” of its time as a melting pot of several distinct cultures and religions who all remarkably learned to live together and influence each other to create a distinct Sicilian culture. They’ll also discuss how Sicilian and Southern Italian history in general were influenced by the various peoples, polities and empires who passed through their territorial borders, and how Sicily served as an peacemaker and prototype in an era of ethnic and religious conflict.

We’ll discuss the Kingdom’s rise and fall in stature from the 1300s through the Risorgimento, when the Kingdom of the Two Sicilies was united into the Kingdom of Italy, and the thousand-year-old nation ceased to exist.

And most relevantly, we’ll examine how studying Sicily’s multi-cultural heritage might just offer insights on how a variety of cultures can co-exist in a shared and productive society, and how the Arab influence on Sicily served in the development of what we know as Sicilian language, cuisine and culture.

Finally, we’ll get a sneak peek at Lou’s forthcoming book, The Kingdom of the Two Sicilies, which is set to be the first English-language study of the kingdom since the 1960s, and promises to give readers a plethora of little-known facts that even touch on Italian American culture!

Now, more than ever, the best of our history deserves examination, so join us as we venture back in time to explore Sicily and her multi-cultural legacy!

For more about Lou Mendola or to order his books, visit www.mendola.com or www.bestofsicily.com.