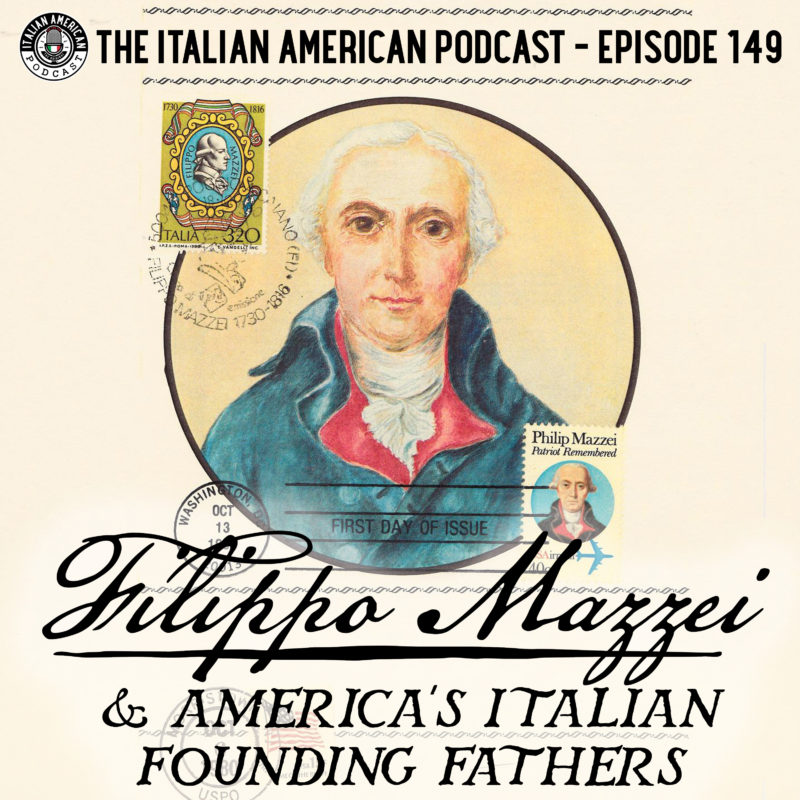 We have all learned about America’s Founding Fathers… but what about our “Founding Padres?”

In celebration of Independence Day, we’re taking a look at Philip Mazzei, the Italian physician, winemaker, and philosopher whose close friendship with Thomas Jefferson inspired the phrase “all men are created equal” and other doctrines he added into the Declaration of Independence.

For a contribution of such momentous meaning,  Mazzei is a relatively unknown figure today, so our team decided to explore the story of this foundational Italian American figure, and the other Italians present at the founding of our nation, to introduce them to modern audiences.

But, because this is the Italian American Podcast, our conversation blossoms into a sometimes tense discussion about the deeper questions around the American Revolution, the relationship between Italian political thought and American ideals, and what it really means to be a part of something so very complex. It’s a stimulating look at the grey spaces of history and identity… and the back-and-forth is so rapid fire and wandering, that it might just explain why they didn’t allow too many Italians at the nation’s founding!

Keep the July 4 celebration going one day more, and see how the conversation makes you feel about the very heart of our American Experiment on this week’s episode!