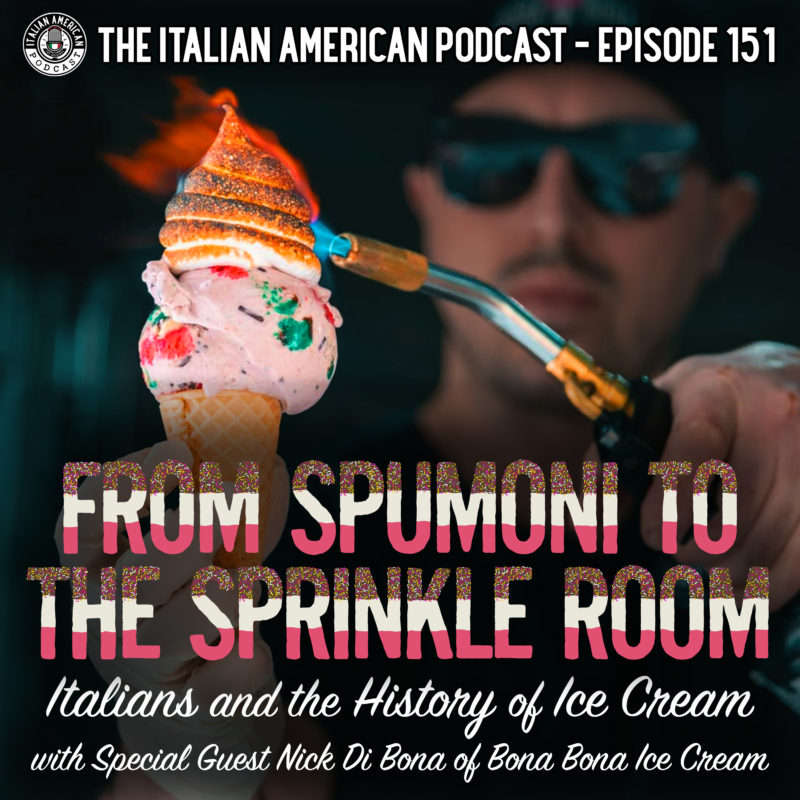 I scream, you scream, we all scream for… gelato? Or is it ice cream? And what’s the difference anyway? How about we find out?

In this week’s episode, we’re celebrating “National Ice Cream Day” with a look at how Italians all over the world have influenced that frozen treat we all know and love.

From Ancient Rome to Marco Polo, from Sicily, to England, to Hoboken, New Jersey, our team gives you the “inside scoop” on how ice cream, sherbet, granitas, and more evolved over thousands of years, and we will introduce you to some of the many Italians who have their fingerprints on that evolution… like Sicily’s own Francesco Procopio Cutò, the world-recognized “Father of Gelato,” to the Hoboken immigrant who claims to have invented the ice cream cone!

In the second half of our show, we’re joined by special guest, Nick Di Bona of Bona Bona Ice Cream in Port Chester, New York, to discuss how his Italian American roots inspired his own take on this special summertime treat, why his ice cream and gelato hybrid is the perfect metaphor for the Italian American experience, and what life is like for a professional “Gelataio” in the modern world!

And if you love a good Italian American family squabble, you won’t want to miss the “Mad Scientist of Gelato” try to explain to Pat why he built a room that rains sprinkles in his flagship store!

So whether it’s pistachio, spumoni, fior di latte or the like, grab a bowl of your favorite flavor and settle in for this week’s yummy episode!