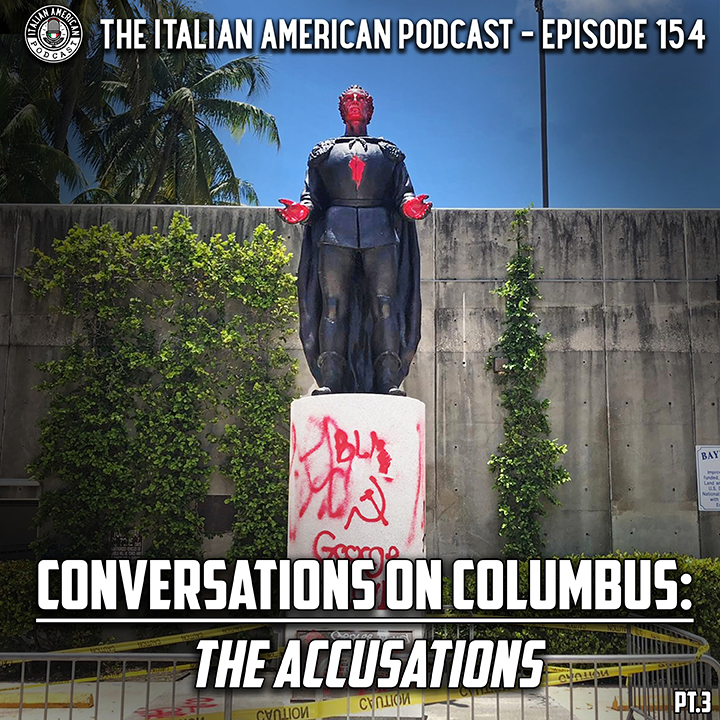 In this week’s episode of the Italian American Podcast, we’re presenting part three of our “Conversations on Columbus” series exploring the life and legacy of Christopher Columbus, and this week we’re examining the major accusations which Columbus’ critics charge him with.

We’ll begin with an examination of when and how Columbus’ reputation began to suffer, and just what caused a figure that was once considered essential to the American sense of identity to fall so far, so fast.

From there, co-host John M. Viola will present segments from the dozens of interviews he’s conducted on Columbus as he seeks to understand the major arguments being made by those who are seeking to remove Columbus from the national pantheon of heroes.

These various academics will address issues around the term “Discovery of America,” Columbus’ performance as both a sailor and a public servant, and the most concerning allegations concerning the legacies of slavery and displacement in American history.

If this series is, in essence, a virtual hearing, this week’s episode represents the plaintiff’s case… after all, the side bringing the case is the side that bears the burden of proof, and thus always goes first!

If you’ve decided to join us on this journey of exploration, you won’t want to miss this essential episode!