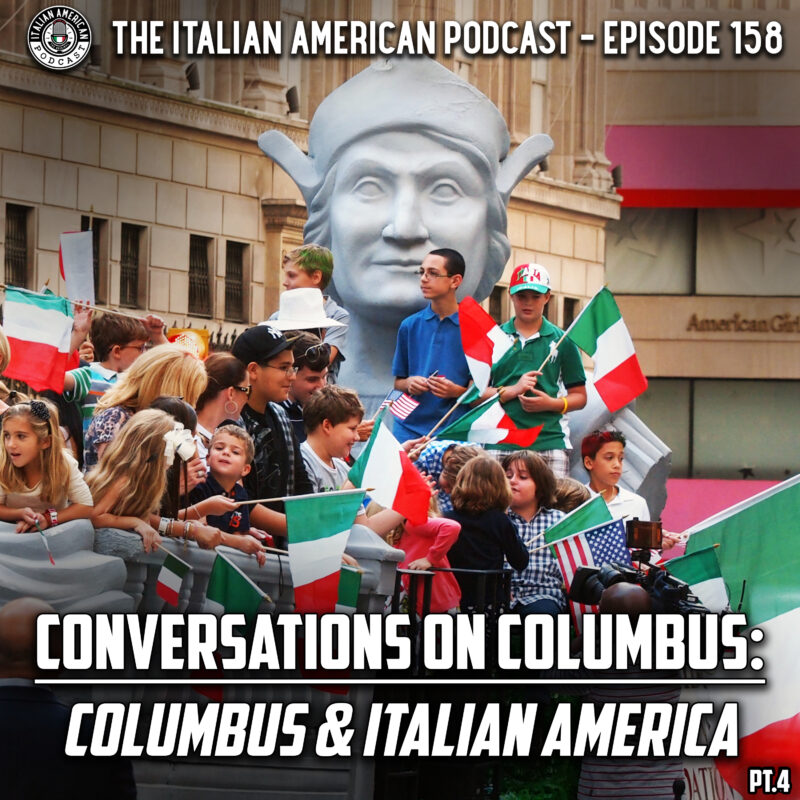 As October approaches, we’re returning for part four of our “Conversations on Columbus” series exploring the life and legacy of Christopher Columbus, and this week we’re examining the long and complex relationship between the Italian American community and the Genovese navigator who has become a symbol of Italian American pride.

We’ll begin with an exploration of the history of Columbus Day in the United States. We’re joined by Professor Bill Connell, La Motta Endowed Chair in Italian Studies at Seton Hall University and co-editor of The Routledge History of Italian Americans, to explore what Columbus and the holiday bearing his name have meant to many different American communities, not the least of which is our own.  We’ll attempt to untangle the complications of what Columbus Day’s designation as a federal holiday means for Italian Americans fighting to preserve it, and for those seeking to change it as well.

We’ll also speak to one of those Italian Americans seeking to move the community away from Columbus Day when we’re joined by Professor Stephen Cerulli of Hostos College, who has been leading an effort to replace the statue of Columbus in his hometown of Stamford, Connecticut.

If you want to understand the complicated situation surrounding Columbus, we’ll have to separate the “general American” from the “Italian American” perspectives, and you won’t want to miss this episode seeking to do just that!