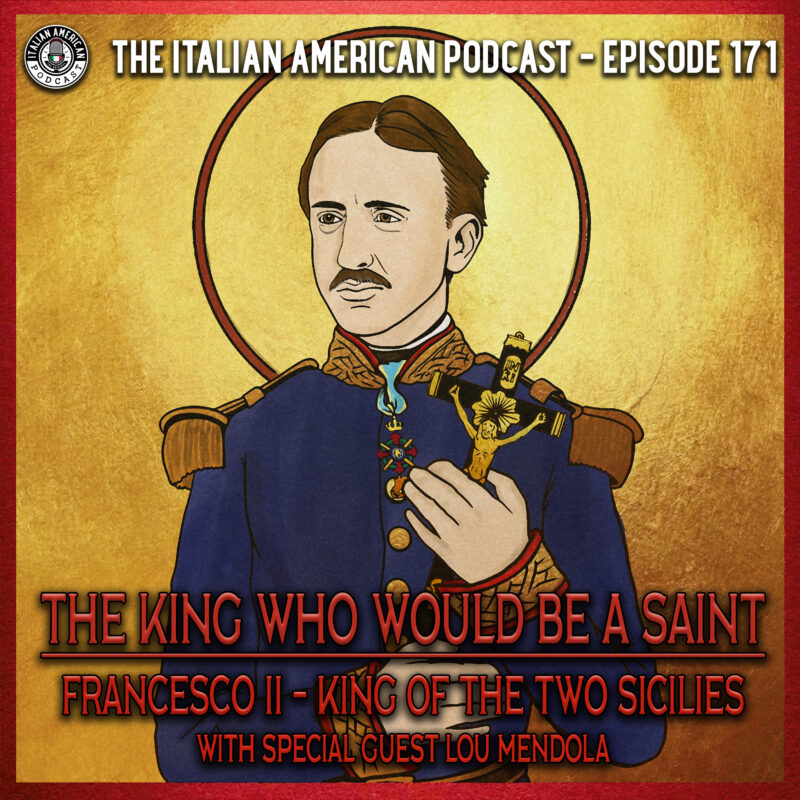 On December 11, 2020, Cardinal Crescenzio Sepe, the outgoing Archbishop of Naples, Italy, announced that he was opening a case on the beatification of King Francesco II of the Two Sicilies.  If approved, the Vatican will begin an investigation into the “heroic virtues” of the King, which is the first step towards canonization;  His Majesty will then be proclaimed a Servant of God and join his mother, Blessed Maria Cristina of Savoy (1812-1836), on the path to sainthood.
The last monarch of an ancient kingdom, which was for 730 years the independent nation of Southern Italy and the Island of Sicily, Francesco II is not well-known to most people, outside of a small circle.
Coming to his throne at just 23 years of age, and almost immediately faced with the invasion of his nation by Giuseppe Garibaldi and his famed “Thousand,” the man who Giuseppe Tomasi di Lampedusa described as “a seminarian dressed up as a general” is now being discovered for the first time by many historians and many Southern Italians. Now, through this episode, the 87 percent of the Italian American community with roots in the Kingdom of the Two Sicilies will get the chance to learn his story.
In order to get a more complete picture of this fascinating monarch, we’re sitting down with historian and friend Lou Mendola, author of the recent book “The Kingdom of the Two Sicilies 1734-1861,” who shares his encyclopedic knowledge about a man who sacrificed a throne for the safety of his people, who left behind his personal wealth for the benefit of his subjects, and whose often-overlooked life reads like the story of a true saint.
We’ll dig into the processes of beatification and canonization, the differences between the two, and why the man known as “Re Franceschiello” is worthy of the title, one he probably would have held in much higher regard than even that of king.
It’s a story you’ll have to hear to believe, and one that might make you look at Italian and Italian American history with a whole new appreciation for the last King of the Two Sicilies.
For more on the Cause of Beatification of Good King Francesco II, visit the Fondazione Francesco II Delle Due Sicilie at www.fondazionefrancescosecondodelleduesicilie.it

This episode is sponsored by Mediaset Italia.

Previous Post: « IAP 170: The Italian American Podcast’s 2020 Christmas Musical Revue
Next Post: IAP 172: The Creators of My Cheap Italian Home on Why It’s Time to Find Your Italian Dream Home »