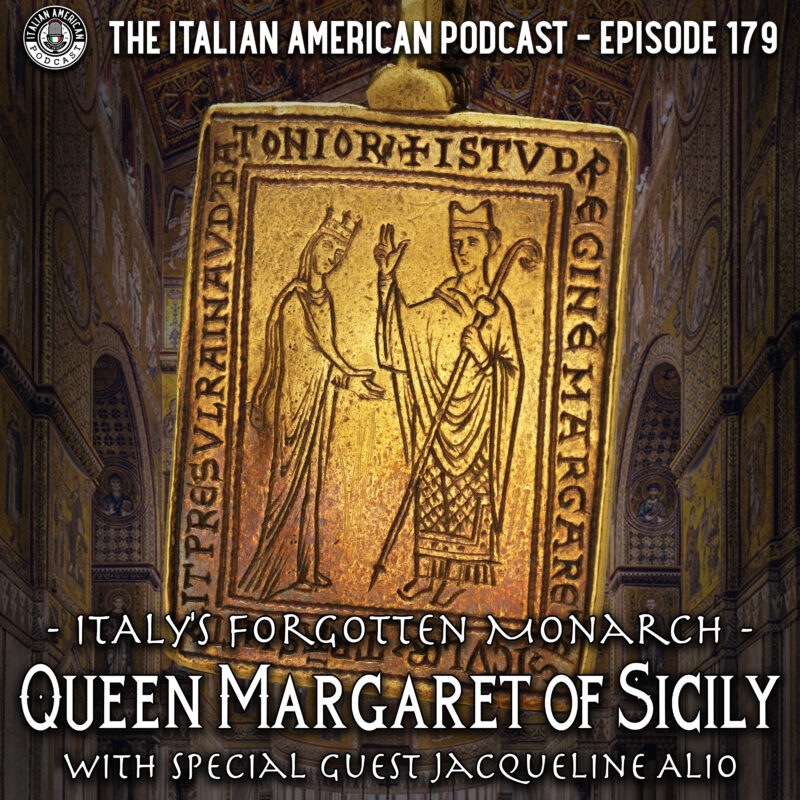 We’re joined by Jacqueline Alio, an Italian American now living in Palermo, Sicily, who has written a dozen books on Sicilian history, focusing on the island’s long-overlooked queens.  She’ll introduce us to the incredible figure of Queen Margaret, whose five-year reign over the Kingdom of Sicily represents a forgotten chapter from the Norman Sicilian Golden Age.

We’ll explore how this singular woman navigated the many intrigues surrounding the Sicilian Monarchy, focused her efforts on creating equality before the law and peace amongst her Kingdom’s many cultures, and rebuilt the Monarchy after serious infighting almost tore the institution to the ground.

We’ll examine how unique the idea of a female sovereign was in Margaret’s time, and how her erasure from history might not be accidental.

Join us for this fascinating look into the life of a truly regal woman, and an exploration of this long-neglected chapter in Italian history.

A Selection of Jacqueline Alio’s Books:

The Peoples of Sicily: A Multicultural Legacy