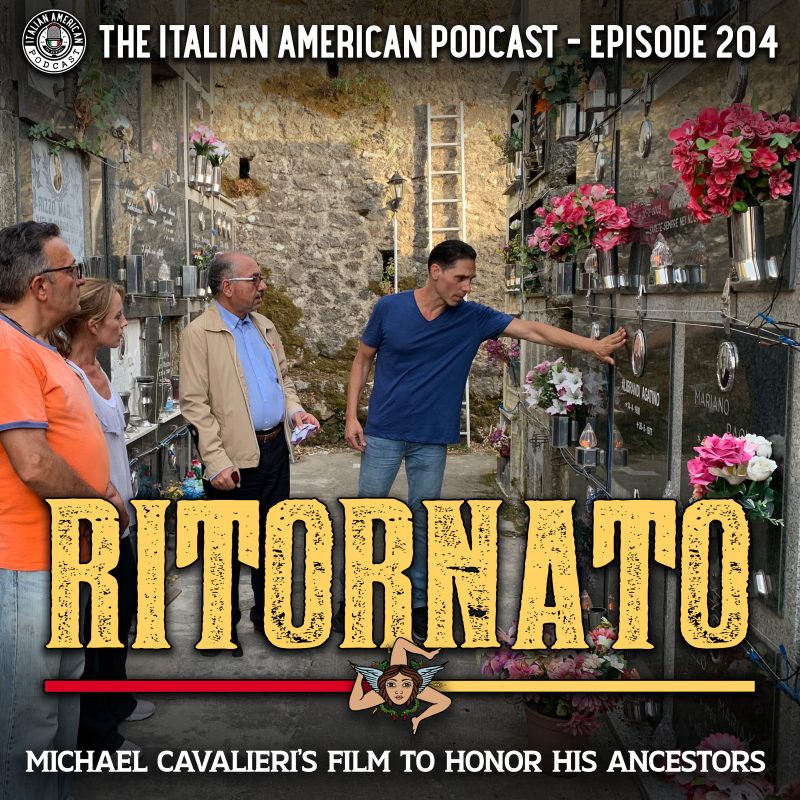 Filmmaker Michael Cavalieri doesn’t want to make just another movie.  The passionate and proud Italian American, whose career as an actor spans three decades, decided he had had enough of the stereotypical “Italian tough guy” roles that his sharp looks and New York City upbringing seemed to encourage Hollywood producers to type cast him for.  With a grant from the Russo Brothers Italian American Film Forum, he decided to make his own film… one that might honor his Sicilian ancestors.

On this week’s episode of the Italian American Podcast, we’ll sit down with Michael to discuss that labor of love, his new short film “Ritornato,” which is based on a true story and shot entirely on location in Limina, Sicily, the town where Cavalieri’s grandfather, Agatino, was born.

It’s the story of a man who goes back to his roots to fulfill a promise made to his dying mother and, in turn, finds out a family secret that will change his life forever.  In an ode to the Italian neorealist films of the post-war era, and conscious of a budget coming mostly from his own pocket, this first-time producer/director opted to cast only the local people in the village, not actors, to help him realize his vision!

We’ll discuss not only this incredible project, but the conditions that inspired Cavalieri to forgo the normal “Hollywood Route,” why many Italian American actors struggle with the stereotypical roles they are often offered, and how, perhaps, our community bears some of the blame!

Michael Cavalieri created a film to “inspire other Italian-American filmmakers to go back and search for their roots and share their own stories”… perhaps this episode will inspire you to see your own stories in a whole new light!