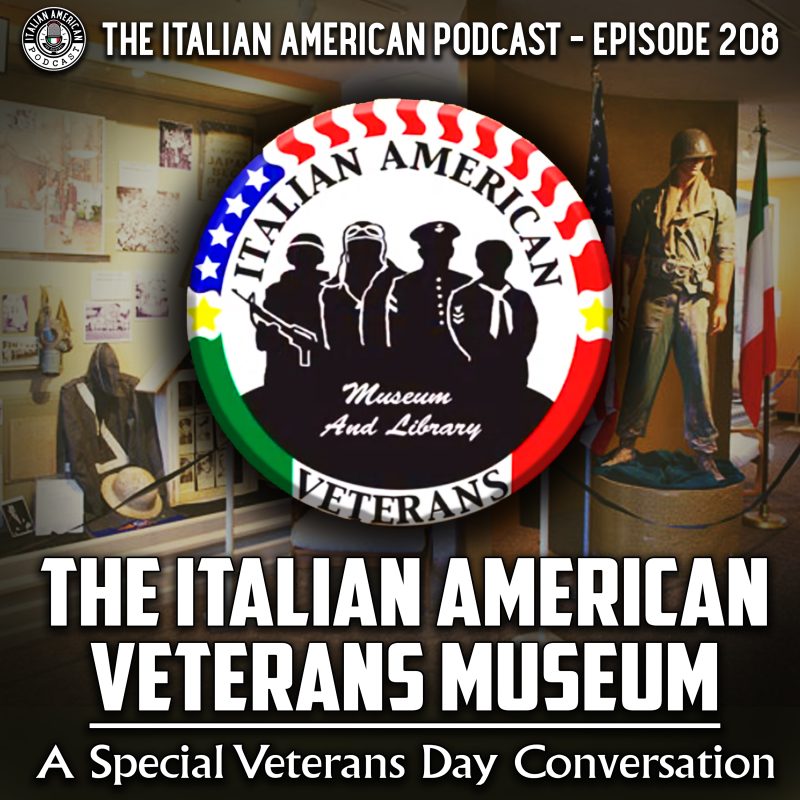 As our nation gathers to celebrate Veterans Day this week, and all of us pause to say “grazie” to the millions of brave men and women in uniform who have served our country in war and peace, we’d like to turn our attention to remembering the Italian American legacy of our Armed Forces. There’s no better guest to guide us than Colonel Renato “Ron” Bacci (Ret.) of the Italian American Veterans Museum in Chicago.

In this week’s episode, Col. Bacci tells us the story of how this museum was founded in 2006 to encourage and promote the awareness of Italian American involvement in the defense of our nation from the Revolutionary War to the present, and how it now serves as a resource center for scholars, students, and the general public, and most importantly, as a source of comfort and assistance to all those who served, no matter what their ethnicity is!

Col. Bacci also shares stories of the unique items in the museum’s collection… from a massive World War II training bomb to an authentic Medal of Honor given to the museum to honor the 28 proud Italian Americans who have received our nation’s highest military recognition.

He also tells us about growing up in Chicago’s Italian American community and shares memories from his own military experience, from the differences between meals in the Italian and US Armed Forces, to seeking out other Italian Americans in the ranks.

We’re exploring the incredible legacy of Italian American military service, and how serving our nation in uniform can be considered a true “melting pot” for all ethnicities as they unite under one common goal… defending the United States of America.

Join us for this very special celebration of our nation’s veterans, and then make sure to visit the Italian American Veterans Museum by clicking here for a virtual tour!