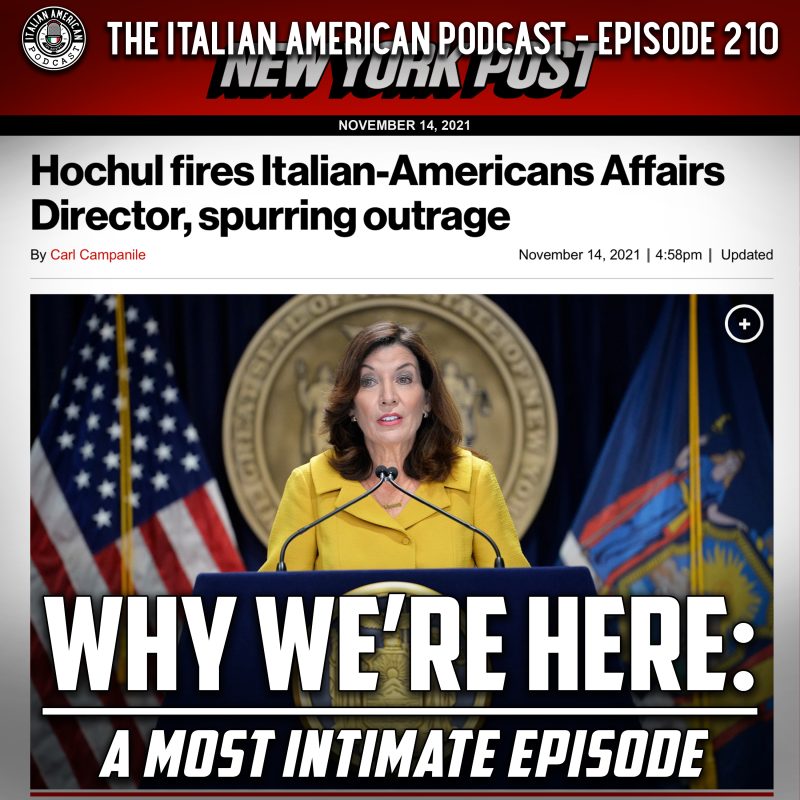 Despite our best efforts to stay out of these kinds of issues, this was one that hit about as close to home as you can get. None of us at the Italian American Podcast expected the level of backlash and, even less, the complex level of response our reaction to it would garner. When the story even made its way into main-stream comedic coverage, the tangled web got even more disheartening.

We decided to take the opportunity for co-hosts Dolores Alfieri Taranto (@dolores_alfieri_taranto) and John M. Viola (@john_m_viola) to sit down and discuss not only the details of this unique story, but also to examine why they felt addressing it was important, and why this platform means so much to us… and whether or not it means the same to other Italian Americans.

Simply put, in what is one of the most intimate conversations in the show’s 210-episode history, we wanted to use one of the most complicated events we’ve encountered to discuss the simplest of concepts… why we are here to begin with.

It’s an unscripted, unedited, behind-the-microphone look at what drives us, and how our community’s response affects what we do every day!