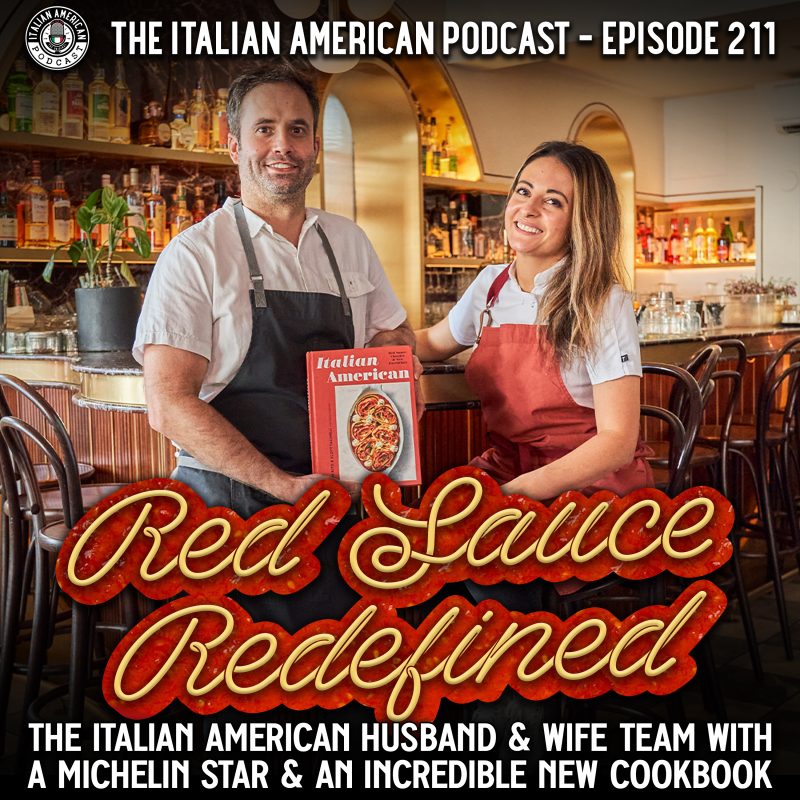 For true Italian Americans, love really can blossom over the exchanging of caponata recipes. For Scott Tacinelli and Angie Rito, a shared passion for the tastes of Italian American life didn’t just lead to amore, but to marriage, a family, a Michelin-starred restaurant and their debut cookbook, Italian American, published by Clarkson Potter in October.

Scott and Angie are the husband and wife chef team behind “Don Angie” in the West Village of New York City. Named one of Esquire Magazine’s Best New Restaurants in America, this Michelin-starred modern Italian American restaurant is the couple’s homage to the beloved red sauce joints of their youths. Of course, Don Angie is one of the toughest reservations to get in America, so the duo have brought their unique, forward-thinking take on Italian American classics to the people, with the recently-published cookbook that has created as much buzz as their New York hotspot!

We’ll hop on the mic with this talented team to discuss their particularly Italian American love story, how their reverence for the flavors of their childhoods earned them a surprising (to them at least) recognition from the world’s top restaurant critics, and why they are so passionate about evolving the “red sauce” style that has come to mean so much more than just the food you eat at their restaurant.

We’ll share stories and secret ingredients, and even run down some of their — and our — favorite off-the-beaten-path Italian American red sauce spots!

It’s an episode filled with the sparks of kindred spirits, and one that will surely leave you hankering for a heaping plate of your favorite Italian American dishes!

Click here to purchase your own copy of Italian American!