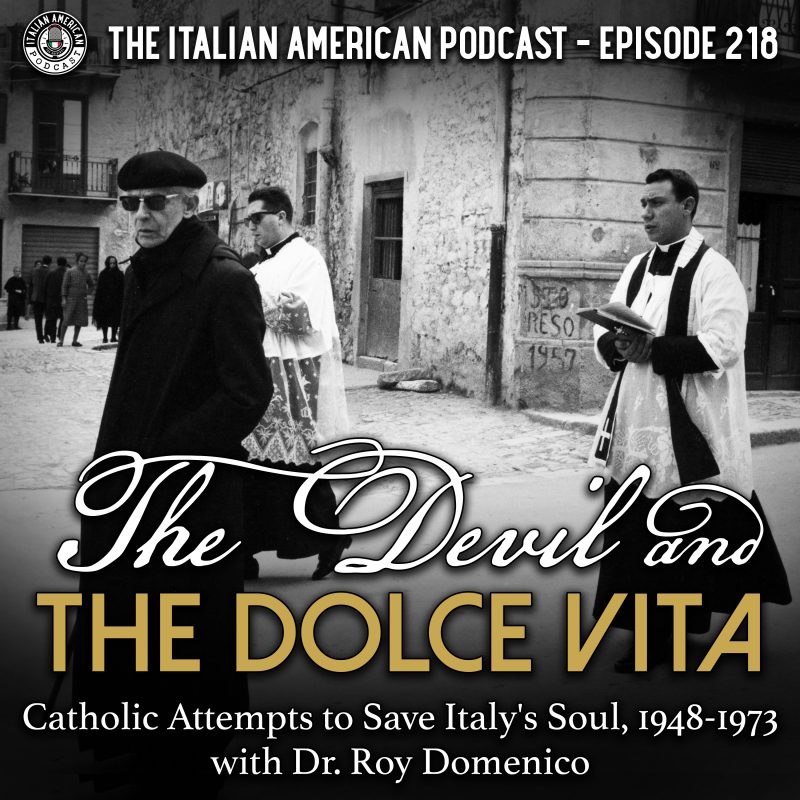 It was called the “Economic Miracle,” and Italy’s economic expansion after World War II was so rapid — and her climb from war and poverty to wealth and prosperity so drastic — that one might be tempted to believe that God had in fact deigned to bless Italia with La Dolce Vita… the Sweet Life!

But this “miracle” also triggered unprecedented social, cultural, and religious changes, so this week we’re unpacking those changes with Dr. Roy Domenico, the author of “The Devil and the Dolce Vita: Catholic Attempts to Save Italy’s Soul, 1948-1973.”

This book tells the story of how the Catholic Church of Popes Pius XII, John XXIII and Paul VI, the lay Catholic Action association, and Italy’s near-monolithic Christian Democratic Party, worked in a series of culture wars to preserve a traditional way of life and to engage and tame the challenges of a rapidly modernizing society.

We discuss the April 1948 Christian Democratic electoral triumph and how their nearly thirty-year political hegemony ended when pro-divorce forces dealt the Catholics a defeat in the referendum of May 1974.

We’ll examine the Lateran Accords of 1929 and how the Vatican city-state’s relationship with Italy has evolved over the years, as well as the battles over what was considered proper decorum affected Catholic and Italian society during the 1960s and 1970s.

And, ultimately, we’ll explore how Catholicism is a driving force in Italian culture — even today — and how it has affected Italian and Italian American life.

If you’re a student of Italian history, practice the Catholic faith, or just love a great tale, you won’t want to miss this fascinating episode!