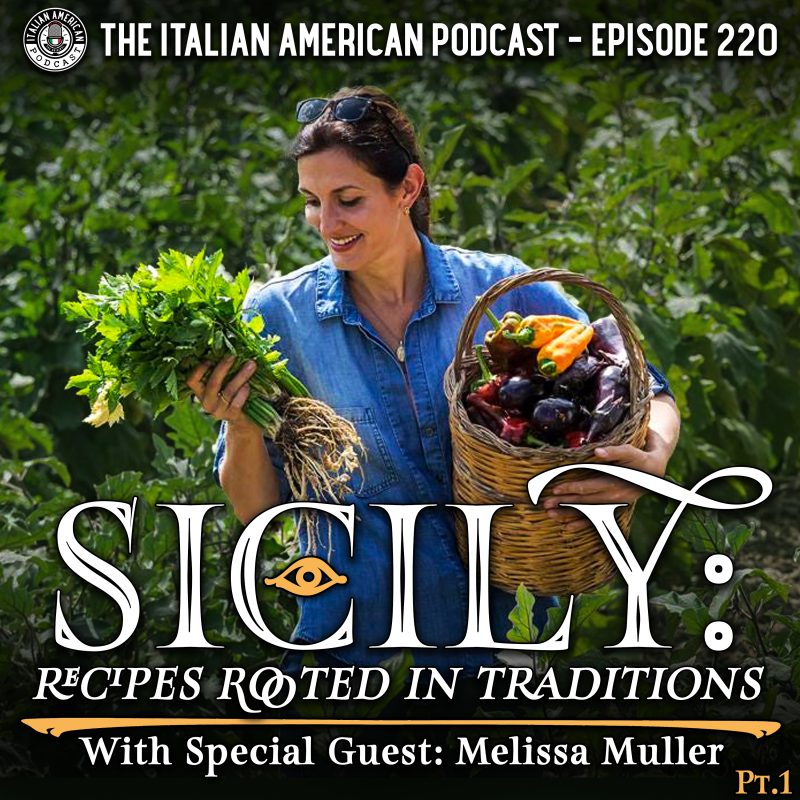 Sicily… for millennia, this island at the crossroads of the world has been drawing peoples from across the globe to its shores, and in this very special two-part episode, we’re sitting down with Melissa Muller, author of “Sicily: Recipes Rooted in Tradition,” published by Rizzoli, as she shares how she too surrendered to the siren call of this unique island.

We’ll discover how this Italian American anthropologist, chef and journalist became “Sicilian by choice,” as she became ever-more drawn to the island each summer in her grandmother’s Sicilian village. She’ll share how her early experiences there led her to a career as an anthropologist and journalist studying the gastronomy of the Mediterranean regions, focusing on how Sicily is a unique crossroads of civilizations and how its history is visible and tangible in the island’s cuisine, allowing her to create a culinary time machine to discover the island’s storied past.

Eventually, the time came when her distance from the island no longer satisfied her soul, and Melissa made a life-changing move to her beloved Sicily, where today she lives with her family at Feudo Montoni, her husband Fabio Sireci’s organic farm and winery. There, she plays an integral role in the winemaking and cellar activities and is specifically dedicated to the cultivation of heritage Sicilian plants and the creation of food products.

We’ll discuss how Melissa has experienced the changes that come with swapping life in New York City for the sleepy center of the Sicilian island, how modern demands are affecting Sicily’s famously fertile fields, and how to understand the often under-appreciated diversity of the Sicilian landscape.

Join us as Melissa introduces her lifelong mission to understand the mysteries of Sicilian cuisine, and how it led to one of the finest works of culinary literature available today.