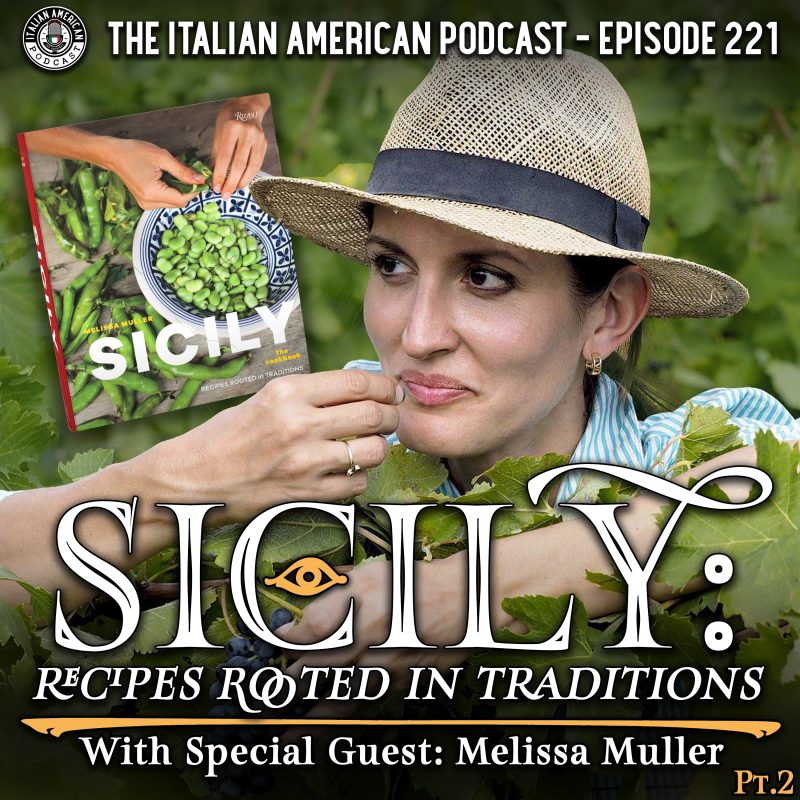 Sicily… for millennia, this island at the crossroads of the world has been drawing peoples from across the globe to its shores, and in the second part of this very special two-part episode, Melissa Muller, author of “Sicily: Recipes Rooted in Tradition,” published by Rizzoli, shares with us some of the history behind Sicily’s most famous dishes.

Melissa describes how Sicily’s position as the crossroads of several key civilizations has influenced some of its most famous dishes, like caponata, arancini, cannoli, and more. We also discuss the concept of cuisine as an heirloom, and how recipes can tell the story of people, whether a large community or a family, and how those recipes can change generation to generation as ingredient availability differs.

We’ll dive into the fascinating histories behind some of Italian America’s most beloved Sicilian dishes.  We’ll discover how Sicilian chocolate offers a trip back in time with every bite, how the Cassata cake encapsulates most of the cultures that have called Sicily home, how one of the most popular fish dishes in the island’s cuisine was actually created for game birds, and how the famed eggplant caponata isn’t actually supposed to contain any eggplant at all.

Join us as we conclude this very special two-part edition of the Italian American Podcast!