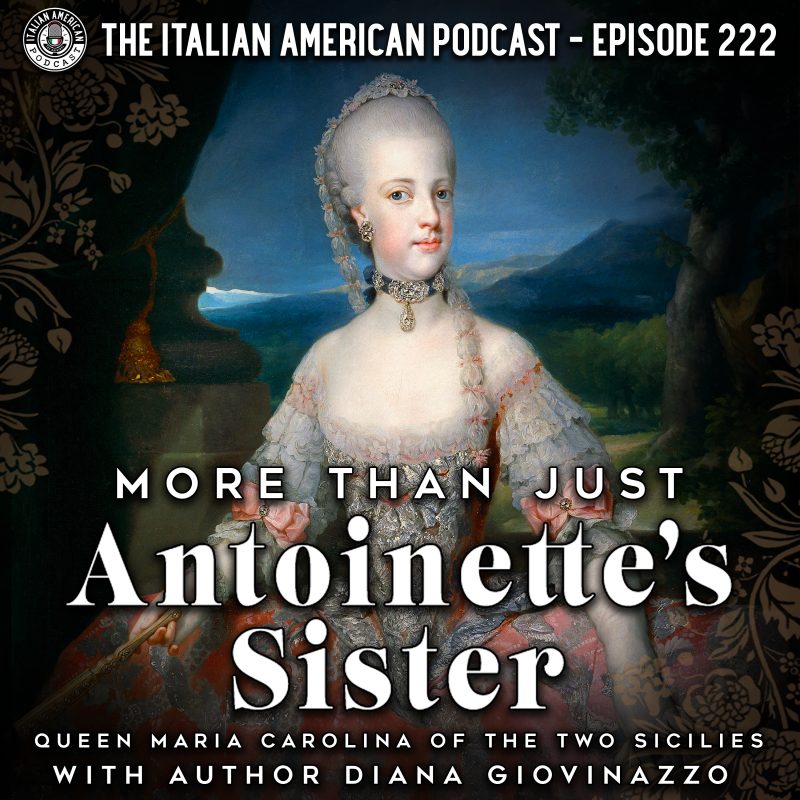 Queen Maria Carolina of the Kingdom of Two Sicilies was one of the most fascinating, impactful and, unfortunately, forgotten women in the long story of Southern Italy. Thanks to the work of this week’s guest, Her Royal Highness is about to reclaim her rightful place in history!

Diana Giovinazzo is the author of “Antoinette’s Sister,” which tells the story of Queen Maria Carolina, the Queen Consort of Naples and Sicily as the wife of King Ferdinand I of the Two Sicilies. This strong-willed Austrian princess took little time in making herself into the de facto ruler of her husband’s kingdoms, and over her nearly 50 years as Queen left a legacy so important, that it might actually be part of what led our ancestors to the United States!

The sister of the ill-fated Marie Antoinette, Maria Carolina’s story has never quite drawn the attention of her tragic sister yet, as we will discuss, her impact can still be seen today in the glorious Reggio di Caserta and the vast array of art and culture that she helped bring to the Kingdom of the Two Sicilies before she was sent into exile by the French.

Diana reveals Maria Carolina’s story and shares why her legacy should be known by anyone interested in Italian history. We also discuss how Diana approaches historical fiction, what inspires her about the often overlooked Italian women at the center of her stories, and how writing for historical figures can be approached without imposing 21st century values.

It’s a revealing look at a fascinating woman who is finally getting her due!