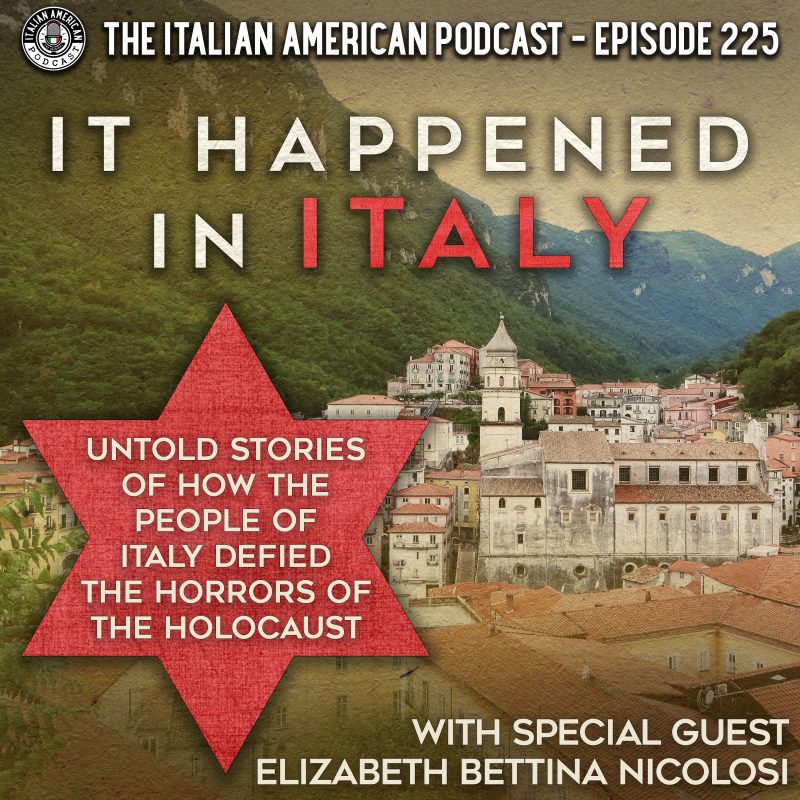 Imagine Elizabeth Bettina Nicolosi’s surprise when she discovered that her grandmother’s Italian village had a secret: over a half century ago, in the southern Italian town of Campagna, countless residents defied the occupying Nazis and risked their lives to shelter and save hundreds of Jews from the Holocaust. What followed her discovery became an adventure as she uncovered fascinating untold stories of Jews in Italy during World War II and the many Italians who risked everything to save them.

In this week’s very special commercial-free episode of the Italian American Podcast, we sit down with author Elizabeth Bettina Nicolosi to explore how that personal voyage of discovery evolved into her immensely popular and impactful book, “It Happened In Italy: Untold Stories of How the People of Italy Defied the Horrors of the Holocaust,” and how her book inspired the making of a documentary, “My Italian Secret: The Forgotten Heroes.”

We’ll discuss how this proud Italian American came to unravel the hushed secrets of her ancestral home, why she took it upon herself to bring this noble chapter of history to light, and share the incredible stories of her efforts to interview as many of the survivors as she could find, so this story of goodness in a time of evil could finally be told.

She’ll take us through her personal experiences meeting and traveling with the men and women whose lives were inextricably linked in this worst chapter in human history, and hear the heartwarming tales of their reunions and reminiscences decades later through the series that earned her work the highest of praise from Nino Asocoli: “Finally, somebody made known the courage and the empathy of the majority of the Italian people toward us Jews at a time of great danger.”