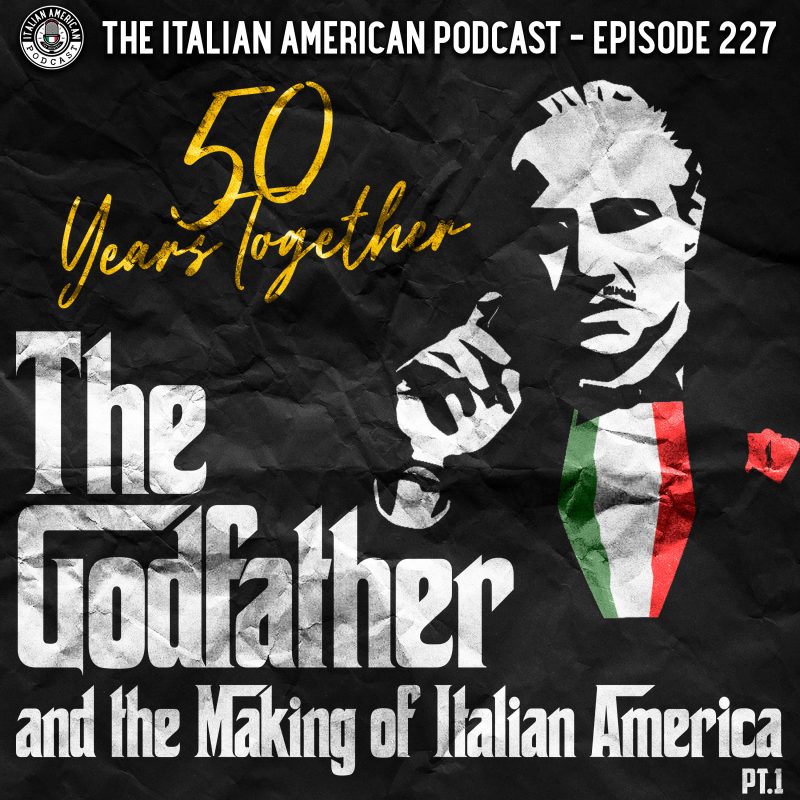 It is considered one of the most influential films of all time, a critical and commercial success, the winner of the 1972 Academy Award for Best Picture, selected for preservation in the U.S. National Film Registry of the Library of Congress, and ranked as the second-greatest film in American cinematic history by the American Film Institute… and for 50 years it has aroused equal parts love and loathing in the Italian American community.

On March 24, 1972, Francis Ford Coppola’s “The Godfather” made its debut in theaters across the nation and, since that first showing, the epic story of the Corleone family has dominated discussions on its portrayal of Italian Americans, with its proponents celebrating it as hauntingly authentic and its detractors decrying it as stereotypical exploitation.

In this week’s episode (Part 1 of 2), we look back on five decades of the relationship between “The Godfather” and the Italian American experience, its place in the tome of American cinema, and why it is a film that all Italian Americans should see at least once.

We’ll also examine the movie’s cast and characters, how their roles have become iconic, and what their stories say about the Italian American experience. And we look at the film’s impact on American pop culture, on organized crime itself, and what it means to Italian Americans today.

Join us this week as we look back at 50 years of “The Godfather” and the making of Italian America!

Previous Post: « IAP 226: The War in Ukraine: An Italian Perspective
Next Post: IAP 228: 50 Years Together: The Godfather and the Making of Italian America, Part 2 »