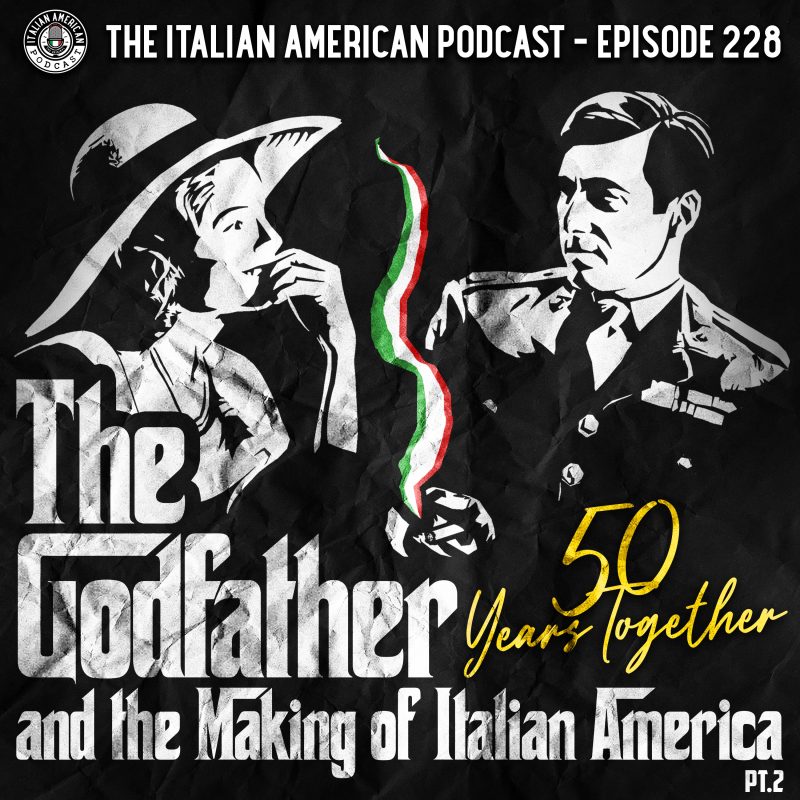 This week we’re jumping back into the second part of our two-part episode exploring the 50-year relationship between the Italian American community and Francis Ford Coppola’s “The Godfather”, with a commercial-free conclusion to this well-received conversation.

Since its premiere in March of 1972, The Godfather has been considered one of the most influential and important films of all time, but even before the cameras started rolling, the would-be epic had drawn the ire of Italian Americans frustrated by the continued portrayal of their community as a haven for organized criminality.

As we look back on this 50-year history, we examine the impact the “The Godfather” has had on the Italian American experience… not just how it has come to represent (or not represent) our community, but how it has ultimately left its own mark on our sense of self definition.

We’ll seek to understand what the film means to cinema, to audiences around the world and, most importantly, to us, and how its release five decades ago may represent a crucial turning point in Italian American history.  And, we’ll look at the film’s legacy and impact on subsequent portrayals of Italian American life, from 1972 through today.

Join us this week as we look back at 50 years of “The Godfather” and the making of Italian America!

Previous Post: « IAP 227: 50 Years Together: The Godfather and the Making of Italian America, Part 1
Next Post: IAP 229: Doing All the Good She Can with Special Guest Adriana Trigiani »