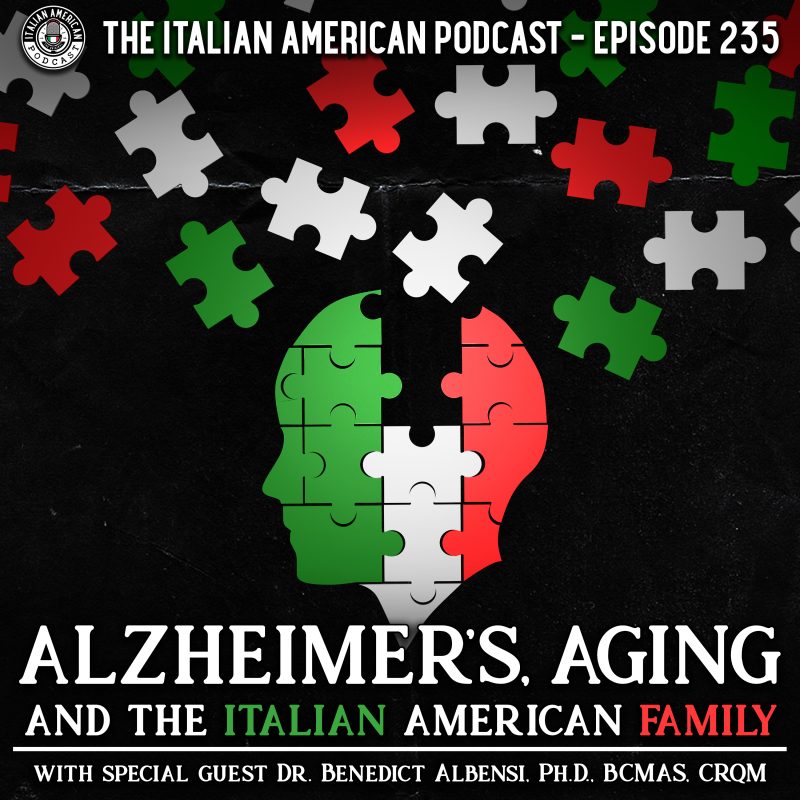 Family is the cornerstone of our life as Italian Americans, but what happens when one member of the family is diagnosed with a serious illness?

That’s just one of the topics we cover with this week’s guest, Dr. Benedict Albensi, Ph. D., BCMAS, CRQM. Dr. Albensi is a professor and chair of the department of pharmaceutical sciences at Nova Southeastern University in Ft. Lauderdale, Florida.

Renowned for his work with factors involved in aging, cognition, and Alzheimer’s disease (AD), Dr. Albensi has been ranked in the top one percent worldwide by Expertscape.com for his number of publications from 2010-2020 in seven areas, including expertise in Alzheimer’s Disease, neurocognitive disorders, tauopathies, and dementia. On this week’s episode, he’ll share the personal reasons that lead him to study the effects of Alzheimer’s disease and dementia, and what his research has revealed over his several decades of experience. We discuss the hallmarks of aging and what people can do to increase their longevity, and how Italian American staples like a traditional Mediterranean diet, and the primacy of “La Famiglia” might just hold the keys to longer, healthier lives.

We’ll explore how genetics plays a role in the development of dementia, and how certain ethnicities are prone to certain illnesses, such as Cooley’s Anemia in our own community.

We also look at how family protection comes into play, and how when families rally around a member who has been diagnosed with a cognitive illness, it can be some of the best medicine possible for all concerned!

If you’re interested in developing a healthier lifestyle or if Alzheimer’s Disease or dementia has affected your family, you won’t want to miss this week’s episode!