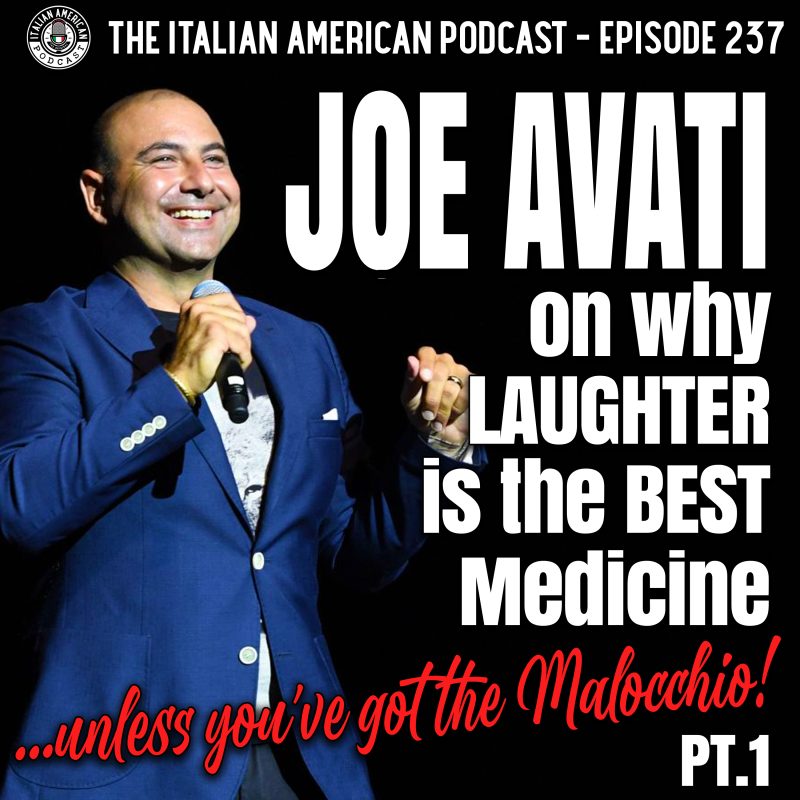 Until recently, Joe Avati never thought of himself as a “real comic.”  This bout of self-deprecation probably comes as something of a surprise to the Italo-Australian’s legion of devoted fans, who many years ago dubbed him the “Italian Seinfeld!”

Avati’s signature “clean style” of comedy and his laser-sharp insight into the minds of Italians around the world have made him a comedy superstar in his native Australia, Canada, the United Kingdom, the United States, and anywhere more than a handful of paesani have made their home!

Taking a few hour break from his current World Tour, Joe sits down with us to discuss the global Italian comedy revolution he unintentionally kicked off more than 20 years ago, and why audiences in all parts of Italy’s vast diaspora can relate to his observations, and to one another.

In this week’s episode, part 1 of 2, we’ll examine the similarities and differences between Italians around the globe, where our unique identity finds its origins, and how his set reflects on the Italian American comedians for years gone by.

He’ll share why he never wavered from his commitment to “clean comedy” and whether or not we at the Italian American Podcast set out to create a “clean show” of our own for the same reasons.  We’ll discuss why he’s enjoying being a “real comic” a quarter of a century into his incredible career.

And, we’ll address the simmering issue of “Cancel Culture” in the comedy world, and why Italians don’t seem to want to cancel anyone!

Plus, we look at the humor in the often unexplainable Italian traditions we hold dear, and in the Italian fear of the things we don’t see… from the Malocchio to the air conditioning, to a summer breeze… all the things that give us sicknesses that no other ethnic groups seem to contract!

It’s a 45-minute appointment that turned into a two-hour “Paesani Mind Meld,” and you WON’T want to miss the first half!

Are you interested in seeing Joe Avati during his North American tour? Visit www.joeavati.com for more information!

Previous Post: « IAP 236: A Special Priest, A Special Feast: Monsignor Jamie Gigantiello and Brooklyn’s Festa del Giglio
Next Post: IAP 238: Joe Avati On Why Laughter Is the Best Medicine… Unless You’ve Got the Malocchio! (Part 2) »