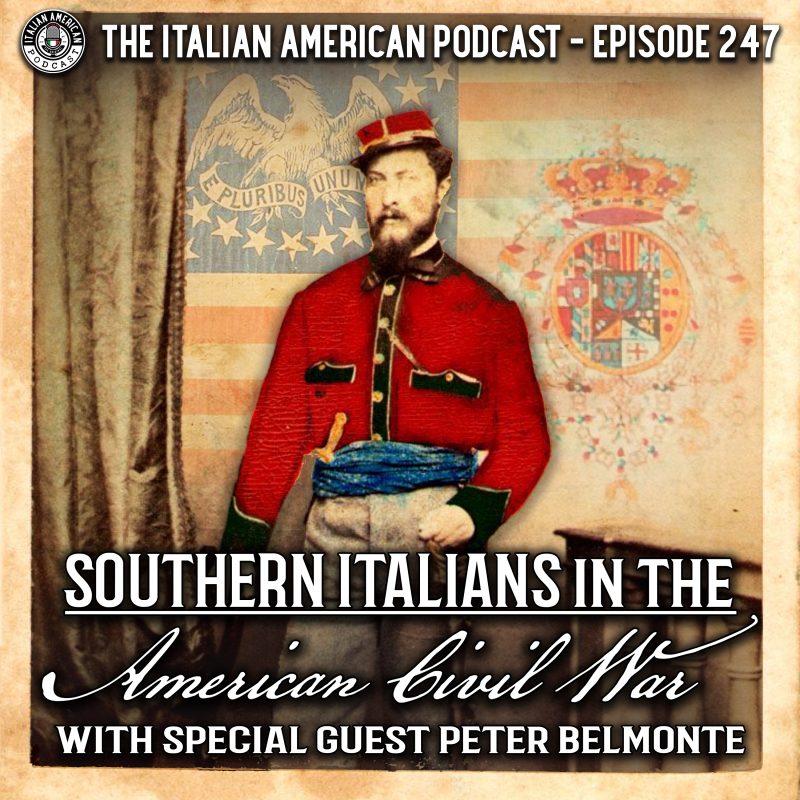 While many pages have been dedicated to the “Garibaldi Guard” and the contingent of Northern Italian soldiers who came to defend the Union, the legacy of Southern Italians on both sides of the conflict between the states has, until now, been almost completely forgotten by time.

In a return visit to our show, historian Peter L. Belmonte shares his continuing research on these Southern Italian soldiers and sailors who served in Army, Navy, and Marine Corps — in both the Union and the Confederacy — from front-line soldiers to musicians, cooks, and even a barber or two who were said to have given President Abraham Lincoln a shave.

Peter describes how he painstakingly researched military records, having compiled a listing of hundreds of Southern Italians who served during the Civil War, examining the occupations followed by these men and their roles in the conflict. He’ll share incredible stories of individual men that he has discovered, and how his efforts have helped him to reunite these stories with many of the soldiers’ modern-day descendants.

Join us for a fascinating look at a truly undiscovered chapter of Italian American, and American, history in this week’s episode!