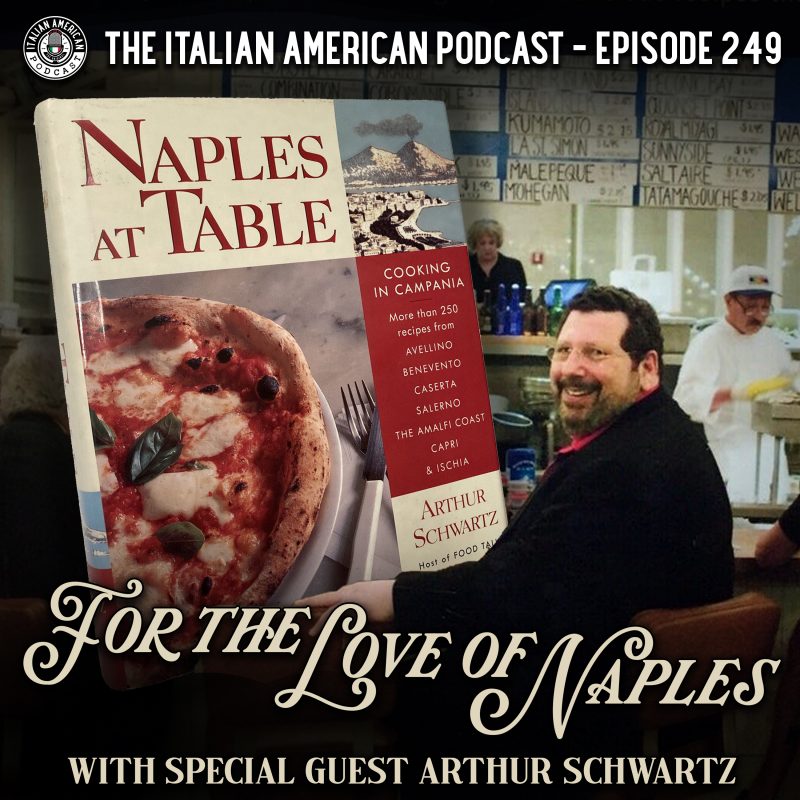 Many of us have that “one” cookbook that we reach for whenever we want to make something special for our friends and famiglia… and for one of our hosts (and perhaps for many of you out there) that special book was written by this week’s incredible guest.
Award-winning author Arthur Schwartz is a legend in the world of Italian cuisine, thanks to his definitive work “Naples at Table: Cooking in Campania,” as well as “The Southern Italian Table: Authentic Tastes from Traditional Kitchens,” among his countless other highly-praised works.
For 26 years, he was the food editor of Newsday and then the New York Daily News, where he was also a columnist and first-string restaurant critic, and for 13 years he was the host of the country’s only daily food radio program. The Brooklyn-born Italophile also put his passion for Southern Italy to work running a cooking school in Paestum for nearly 12 years.
Known for putting food in its cultural context, Arthur tells us about the origins of Southern Italian cuisine and how that cuisine translated to Italians living abroad. He also shares his own stories about how he discovered Italian cuisine and why he considers it his “second soul food.”
We’ll also dissect the stories of popular Italian dishes, and explore the plethora of products imported out of that region to tables around the world. It’s a conversation so great, whittling it down to an hour was a herculean task.
Join us as we learn from the master, and sit down with a true culinary legend in this week’s fun-filled episode!
Previous Post: « IAP 248: Textiles, Tailoring, and Tradition with Special Guest Salvatore Giardina
Next Post: IAP 250: 250th Episode Celebration »