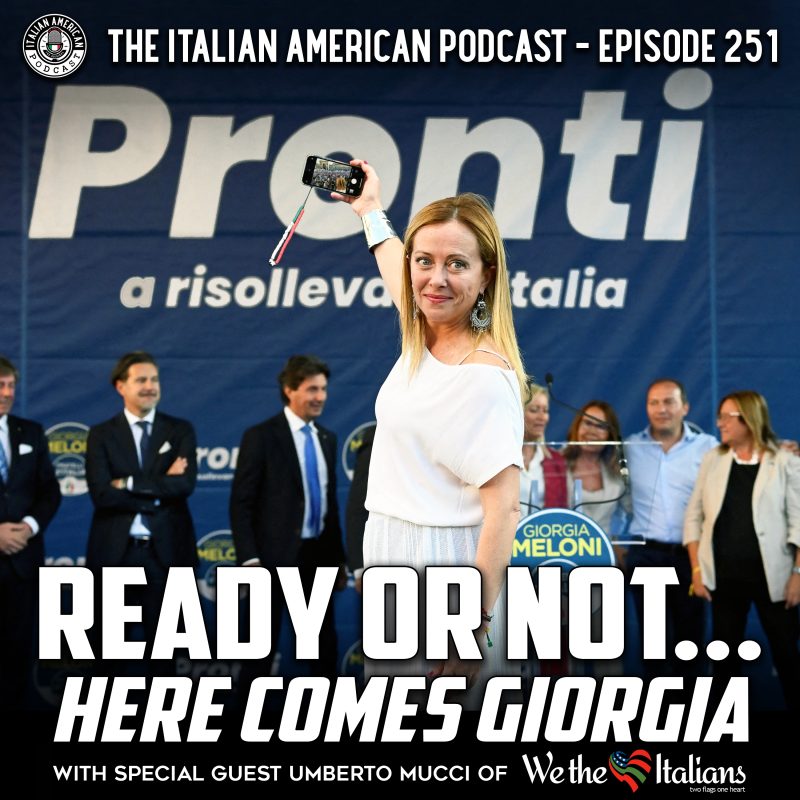 On September 25, 2022, snap elections in Italy yielded two unprecedented results, as Giorgia Meloni is set to become Italy’s first female Prime Minister, and her “Fratelli d’Italia” (Brothers of Italy) Party, which took the highest percentage of votes, will sit at the heart of Italy’s most right-wing government since the end of World War II.
This week, after considerable audience requests, we sat down with our friend and political commentator, Umberto Mucci of We the Italians. The “official Italian correspondent” of the Italian American Podcast is back to unpack the results of these historic and polarizing election results.
With a victory for the most conservative party to reach the clear majority in Italy’s history, Umberto explains how Italy’s government has decreased in size as a result of these elections, and how this will affect legislation.
We talk about how Giorgia Meloni came to power and how her government will seek to reach a consensus, both within her center-right coalition and without. We discuss how Meloni’s approach to governing might be more even-handed than expected, and what this means for Italy and her party’s future. We also discuss what it means for Italy to have a female prime minister and how that affects women’s evolving role in Italian politics. We also discuss the challenges that Meloni’s government is facing, including Europe’s energy crisis, the economy, and the Ukraine/Russia War.
We also explore how the Presidency of the Senate and the Chamber of Deputies (two extremely powerful positions in the Italian government) will be determined this week, as well as more Cabinet-level roles, and how the President of the Republic is able to influence the process. And we discuss how heads of European governments are reacting to Meloni and what this could mean for Italy’s relationship with its allies, including the United States.
Join us for an episode with ramifications for both Italy and Italian America!
This episode is sponsored by