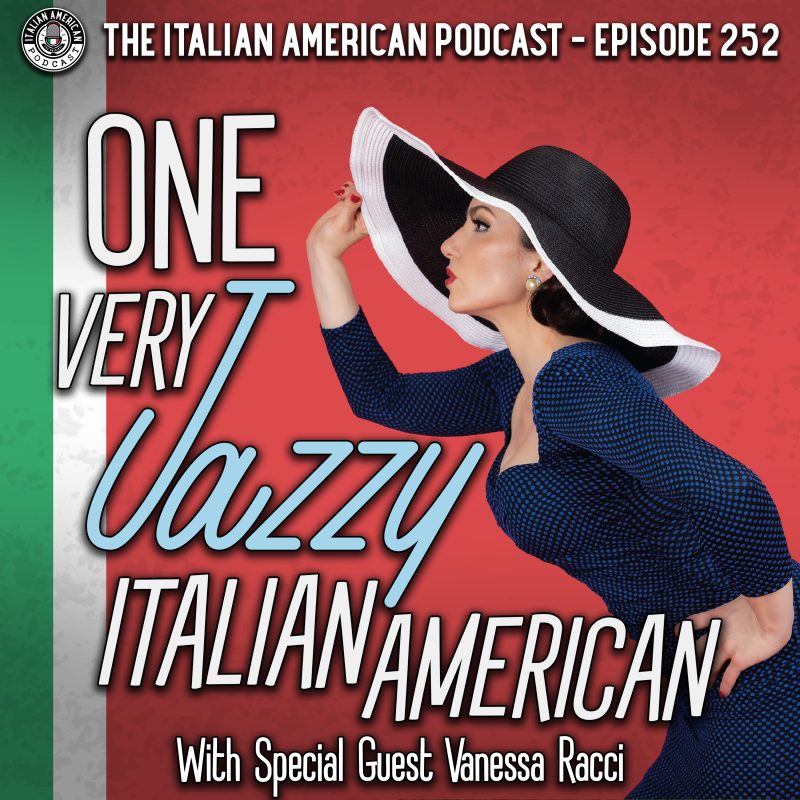 Italians have been a force in jazz almost since the music was born, and this week’s guest is no exception!

Vanessa Racci has dedicated her career to being an ambassador not only for her Italian heritage but also for the heritage of jazz music. Vanessa grew up in Westchester County, New York amid an Italian American family that steeped her in Italian song, theater music, and jazz, which allowed her to develop a vocal style drawn from all three, combining a tart, brassy, catch-in-the-throat sound with Italianate ardor, dramatic flair, and swing.

This week, Vanessa joins us to celebrate the release of her latest album, “Jazzy Italian,” which launches on October 21. Vanessa tells us about how Italian Americans have always been connected to jazz music, from the Sicilian community of New Orleans who lived and worked alongside African Americans, to its influences throughout the pantheon of great Italian American singers.

Vanessa also tells us about her plans to do three more albums, following the example of Harry Warren, John Pizzarelli, and Henry Mancini, all of whom were Italian Americans who made their mark on the music industry.

And Vanessa talks about her upcoming album launch party on Sunday, October 23, at Birdland Jazz Club, and how it’s not just a celebration of her music, but of all Italian American music in general.

Join us as we discover the world of Italian American jazz music!

This episode was sponsored by