In this episode of The Italian American Podcast, we speak with Emmy-Award winning directors Anthony and Joe Russo. We also speak to Michele Cerullo McAvoy for our Story Segment, author of My Superhero Grandpa.

Anthony and Joe Russo tell the story of how they went from being two young Italian American boys in Cleveland to top directors working on the latest Marvel films. The brothers, fiercely proud of their Italian-American heritage, talk about the faith and support their entire Italian-American family gave them, including their father, who, despite his reservations that the brothers would succeed as filmmakers, took the extra step to make sure they didn’t give up on their dream.

In our Story Segment, Michele Cerullo McAvoy tells the story of how she wrote My Superhero Grandpa as a way to let her kids get to know her father, who tragically passed away before they were born.

“For all the powerful things you could take away from the Italian-American experience, this could be the most important. In your times of greatest need your family is there for you. Even though the rest of the world may doubt or dismiss you, your family has faith.” – Joe Russo

Directors Anthony and Joe Russo are perhaps best known for their work on the critically acclaimed television shows “Arrested Development,” “Community” and “Happy Endings.”  They directed the pilots to all three shows, as well as many of the series’ signature episodes.  Born a year apart in Cleveland, Ohio, the Russo brothers used credit cards and student loans to finance their first film Pieces, an experimental comedy about a criminally inclined trio of brothers.  They shot the film in and around Cleveland with the help of family and friends.  The film screened at both the Slamdance and American Film Institute festivals in 1997, earning Joe a Best Actor award at the latter. The Slamdance screening caught the attention of filmmaker Steven Soderbergh, who along with his producing partner George Clooney, offered to produce the brothers’ second film, the crime comedy Welcome to Collinwood.

Their incredibly successful career in television is what captured the attention of executives at Marvel Studios, who brought them on to helm Captain America: The Winter Soldier.  Not only was their iteration of the Captain America universe one of the top-grossing and highest rated movies of 2014, but it also introduced an extremely grounded naturalism and palpable gravitas that had never been seen in the infamously poppy Marvel Cinematic Universe.  The success of Winter Soldier, along with its darkly distinct flavor of grounded storytelling, not only earned them the director’s chair on its follow up Captain America: Civil War and the upcoming Avengers: Infinity War films, but also established the duo as versatile action masters and a commanding voice in the realm of franchise filmmaking. 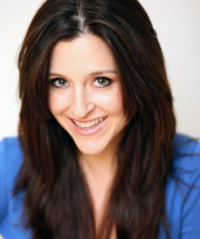 MicheleCerullo McAvoy is the author of My Superhero Grandpa, a sweet story about a grandfather who watches over his young grandson from Heaven.  The story is told by the young narrator and explains how his grandpa is able to be with him anytime he needs someone because, after all, a superhero has super powers.  While she spent many years enjoying the busy life of New York City where she attended college and law school, Michele returned to suburbia after the birth of her son and began writing creatively as an outlet after the tragic loss of her father.  Michele’s books are meant to help children understand and respect their emotions.  Her stories are simply told and uplifting, with colorful and cheerful illustrations.  McAvoy lives in New Jersey with her husband and two small children.

Previous Post: « Forty days in Italy – The start of something beautiful
Next Post: The first of many life changing conversations at grandma’s kitchen table »