In this episode of The Italian American Podcast, we talk to John Vourlis about a documentary that he produced called:  Breaking Balls, which is a 75-minute feature length documentary film that follows three colorful figures involved in the game of bocce as viewed through the lens of the 30th Anniversary Cleveland Challenge Cup of Bocce tournament. We also talk in detail about the avenues through which we Italian Americans strive to keep our community together.

In the stories segment, we talk with Diana Pishner Walker, author of several award-winning children’s books including Hopping to America: A Rabbit’s Tale of Immigration who shared a very inspirational story with us about her journey as a writer.

“Gaming has been a great way to get to know people. That’s part of what I love about games, that they are social.” – Rich Sommer

John Vourlis has 25+ years’ experience working in the entertainment industry. He is currently an Adjunct Instructor in Film and Digital Media at Cleveland State University. Most recently he was a VP/General Manager at the Academy Award-winning and Emmy Award-winning motion picture specialty Hollywood lighting company, Luminys Systems Corp. At Luminys John oversaw budgeting, finances, hiring, HR, and foreign sales and rentals. Prior to that, he was a Story Analyst for Nippon Herald Films (a Japanese film distribution company) where he analyzed scripts for films being considered for financing and distribution. While there, he worked closely with the VP of the U.S. division of the company.

Diana was born in Clarksburg, West Virginia and is the daughter of the late Louis and Anna Allessio Pishner. She 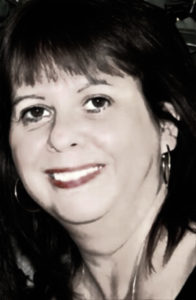 attended Notre Dame High School and graduated with the class of 1977. She attended Fairmont State College and was an employee of the Marion County Board of Education for over 25 years, until recently when she has resigned her position to pursue a full-time career as an author. Diana resides in Fairmont, WV with her husband Mark and they are the parents of three children Curt, Courtney, Chris and his wife Ashley. They have two grandsons Ashton Louis and Austin Maddox.

Diana as a first-time author shared her non-fiction book “ I Don’t Want To Sit In The Front Row Anymore”, written as a memoir after the loss of both of her parents Anna and Louis Pishner within 7 months of each other. She has been a presenter and co-chairperson at the Author’s Forum during the West Virginia Italian Heritage Festival and participated in numerous book signings and events throughout WV, Pennsylvania, Ohio, and Massachusetts.