In this episode of The Italian American Podcast, we speak with Mark Sullivan, author of 18 novels including Amazon’s most sold book, “Beneath a Scarlet Sky,” which is based on true events. Sullivan talks about what made him decide to tell this wonderful story. The book takes place in Italy during World War II and tells of how an Italian man named Pino Lella saved the lives of many Jews during the war. It’s a fascinating story, and we’re sure you’re going to love it.

In the Story Segment, we speak with Jonathan Freedman about another Italian hero, professional cyclist Gino Bartali, and how he used his bike to pass messages and documents to others to also save many Jews during World War II.

“You know, my young friend, I will be ninety years old next year, and life is still a constant surprise to me. We never know what will happen next, what we will see, and what important person will come into our life, or what important person we will lose. Life is change, constant change, and unless we are lucky enough to find comedy in it, change is nearly always a drama, if not a tragedy. But after everything, and even when the skies turn scarlet and threatening, I still believe that if we are lucky enough to be alive, we must give thanks for the miracle of every moment of every day, no matter how flawed.” – Mark T. Sullivan, Beneath a Scarlet Sky 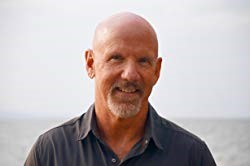 Mark Sullivan is the acclaimed author of eighteen novels, including the Wall Street Journal and USA Today-bestselling and Amazon #1 Most Sold and Most Read novel, “Beneath a Scarlet Sky,” and the #1 New York Times bestselling Private series, which he writes with James Patterson. Mark has received numerous awards for his writing and his works have been named a New York Times Notable Book and a Los Angeles Times Book of the Year. An avid skier and adventurer, he lives with his wife in Bozeman, Montana, where he remains grateful for the miracle of every moment.

Beneath a Scarlet Sky

Previous Post: « IAP 70: The Power of Hustle: Sarah Centrella on Hard Work and Big Dreams
Next Post: IAP 72: POWER HOUR: Where Can I Get Brioschi? An Exploration of our Favorite “Italian American” Products »