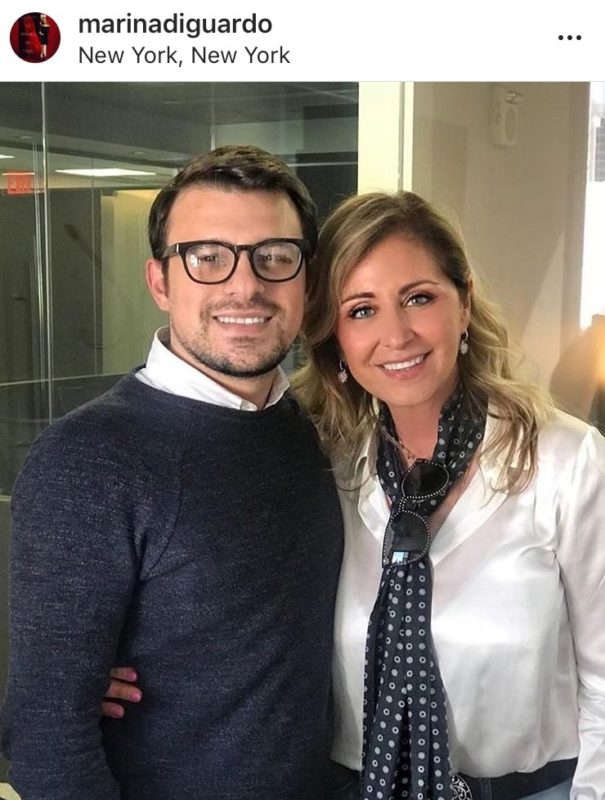 In this episode of the Italian American Power Hour, John scores a one-on-one interview with Marina Di Guardo, one of Italy’s best-selling authors and the mother of the most influential influencers in il bel paese!  They’ll discuss the author’s early life as a “Nordic Sicilian” and just what inspired her to become one of Italy’s most renowned writers of her best selling noir thrillers, and emotional novels.  They’ll veer off into the light and dark in the Italian soul, what it’s like to begin a writing career after raising a family, and how much responsibility Italy’s most insta-famous family has in trying to maintain Italian values.  In what the author described as an “in-depth interview” full of empathy, this is a conversation you are sure to enjoy!

Cinema Made In Italy and Magnolia Pictures present DOGMAN, the new film from Matteo Garrone, the award winning director of GOMORRAH.  Winner of the Best Actor award at the 2018 Cannes Film Festival and the European Film Awards, DOGMAN tells a story of vengeance where only the strong will survive.  Marcello is a slight, mild-mannered man who divides his days between working at his modest dog grooming salon, and being coerced into the petty criminal schemes of the local bully Simoncino, an ex-boxer who terrorizes the neighborhood. When Simoncino’s abuse finally brings Marcello to a breaking point, he decides to stand up for his own dignity through an act of vengeance, with unintended consequences. An Official selection of the Cannes, Telluride & Toronto Film Festivals and the winner of 9 David di Donatello Awards, the Italian Oscars, including Best Picture, Director, Screenplay and Actor. The Guardian calls “Dogman,” “a movie with an incomparable bite and strength.” Now playing in New York and Los Angeles. Coming to additional select cities April 26th.  Visit Dogman to watch the trailer and order tickets.

Previous Post: « IAP 92: What It Would Be like to See Your Italian American Family on Stage with Candice Guardino Italian Bred
Next Post: IAP 94: The Purest Form: Christopher Macchio on Art, Opera, and Using Talent to Serve Community »