This is the Italian American Podcast, and in this episode, we talk to PBS-TV Star and Tenor Christopher Macchio about using your talent to serve your community. This is a fun-filled episode with a lot of stories, laughs and humor that might just make you reconsider your mission in life. 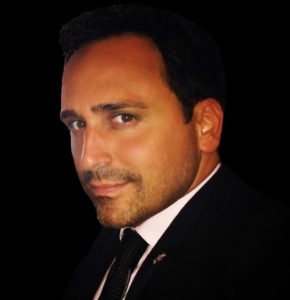 Christopher Macchio is a PBS-TV Star & well-known Tenor. His performances range from full operatic arias, to stirring songs from the repertoire of Andrea Bocelli, Luciano Pavarotti and Mario Lanza, to timeless classics in the styles of Frank Sinatra and Michael Bublé. His presentation consists of the display of a highly trained voice of beautiful tone and quality, delivered with a charisma and sincerity that never fails to produce a standing ovation! Mr. Macchio has performed in a variety of languages and cultural settings for sacred ceremonies, lively receptions, private and public events, and for numerous charities.

Law Office of Michael A. DeSapio

Have you dreamed of reconnecting with your ancestral homeland by becoming an Italian citizen? Since a change in Italian law has allowed dual citizenship between Italy and the United States, thousands of Italian Americans have done just that. Italian citizenship by descent is granted to those individuals who can prove Italian ancestry (even if through several generations).   If you or a family member is interested in pursuing their Italian citizenship, contact the law office of Michael De Sapio for a free consultation to see if you qualify. They are a full-service law firm based in New Jersey that has served clients throughout the United States in assisting with dual citizenship applications. Mike will work with you, and his experienced network of researchers, genealogists and translators both in Italy and the US to guide you through the process. Don’t miss the opportunity to reclaim your right to be an Italian citizen. Contact them at 908-996-6766 or www.desapioesq.com for more information.

Cinema Made In Italy and Magnolia Pictures present DOGMAN, the new film from Matteo Garrone, the award winning director of GOMORRAH.  Winner of the Best Actor award at the 2018 Cannes Film Festival and the European Film Awards, DOGMAN tells a story of vengeance where only the strong will survive.  Marcello is a slight, mild-mannered man who divides his days between working at his modest dog grooming salon, and being coerced into the petty criminal schemes of the local bully Simoncino, an ex-boxer who terrorizes the neighborhood. When Simoncino’s abuse finally brings Marcello to a breaking point, he decides to stand up for his own dignity through an act of vengeance, with unintended consequences. An Official selection of the Cannes, Telluride & Toronto Film Festivals and the winner of 9 David di Donatello Awards, the Italian Oscars, including Best Picture, Director, Screenplay and Actor. The Guardian calls “Dogman,” “a movie with an incomparable bite and strength.” Now playing in select cities. Visit dogmanthemovie.com to watch the trailer and order tickets.

Previous Post: « IAP 93: POWER HOUR: “I Like the Way You Say- NOIR” An Interview with Best-Selling Author Marina Di Guardo
Next Post: IAP 95: POWER HOUR: Italian American Power Hour Travel Bureau presents “Secrets of the South”- an insider’s guide to a once in a lifetime trip to Southern Italy »