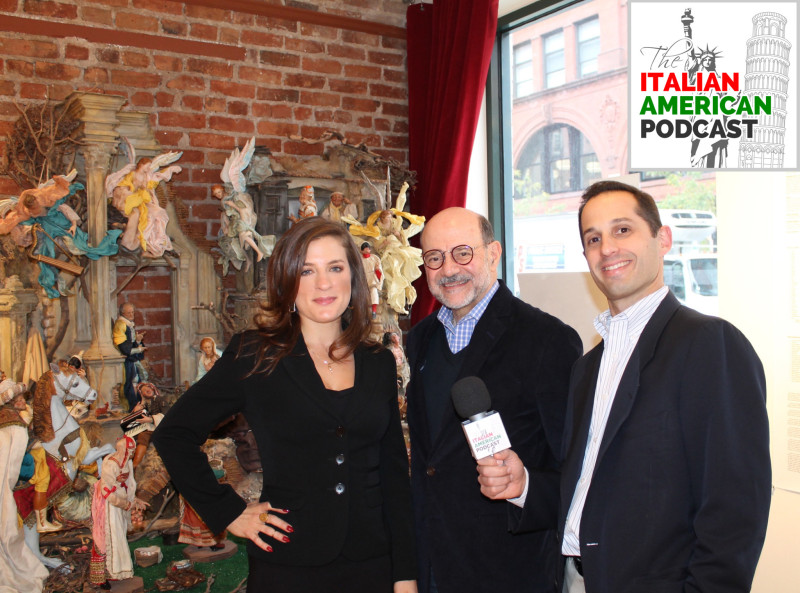 In this episode of The Italian American Podcast, we visit the Italian American Museum in Little Italy, New York City.  Founder and Director Dr. Joseph V. Scelsa, Ph.D. talks about what Italian immigrants went through and how he is trying to recreate that experience so our generation can experience it.  Also, my grandmother will end the episode with a touching story of how her father got lost on his first day of a new job in New York.

“Open my heart and you will see  graved inside of it, “Italy.” – Robert Browning

Dr. Scelsa estimates that about as many non-Italian-Americans as Italian-Americans have come to the museum and enjoyed it immensely, which he thinks is wonderful. He explains, “People want to be able to be in touch with their past. And even if it’s not their past, so many people are entering, learning about other people’s past, seeing what America was like before. The more we understand ourselves, the more we understand each other.”

Some of the key points Dr. Scelsa discusses in this episode include:

You can feel a bond between yourself and other Italian Americans.

This is why Dr. Scelsa believes that Italian Americans are so beloved by all people.

Resources Mentioned in the Episode:

Previous Post: « IAP 03: The People and Places of Sicily with Seeking Sicily author John Keahey
Next Post: IAP 05: The Sounds of an Italian American Kitchen at Christmas Time »