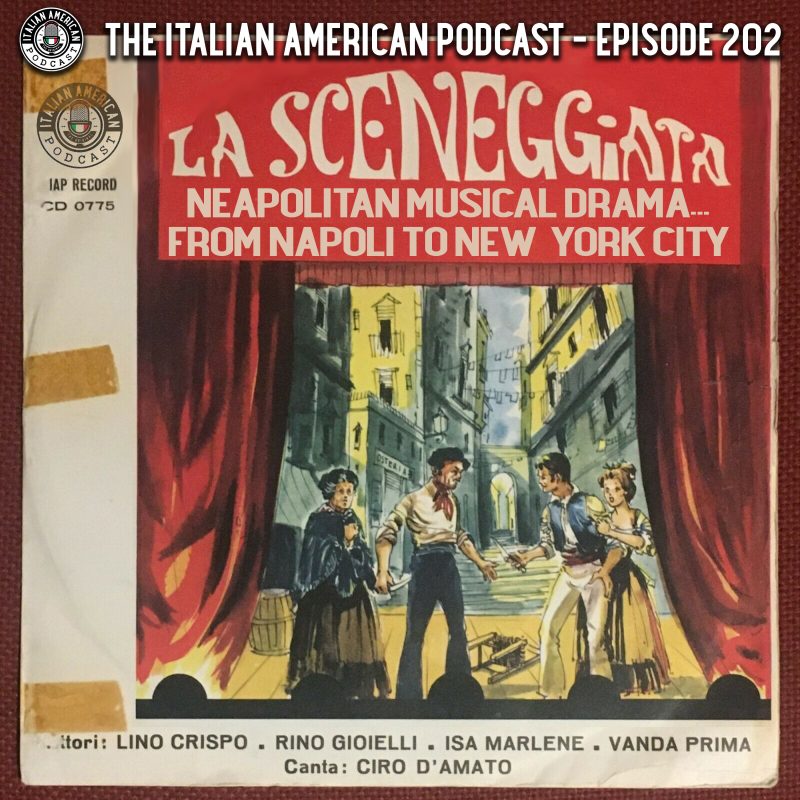 This week’s episode of The Italian American Podcast takes listeners on a journey through the Neapolitan Sceneggiata with special guest Dr. Reba Wissner, who is assistant professor of the Schwob School of Music at Columbus State University in Columbus, Georgia.

Dr. Wissner’s specialty is the Neapolitan Sceneggiata, which is a form of musical drama typical of Naples. Beginning as a form of musical theater after World War I, it was also adapted for cinema; sceneggiata films became especially popular in the 1970s and contributed to the genre becoming more widely known outside Naples.

We talk about this “musical soap opera” and how the Sceneggiata plots revolve around melodramatic themes drawing from the Neapolitan culture and tradition, such as passion, jealousy, betrayal, personal deceit and treachery, honor, vengeance, and life in the world of petty crime. We also discuss the great talents of this genre, including Alfredo Bascetta, Mario Merola, and Gino Merignola.

We also discover how the Sceneggiata became synonymous with artistic expressions of Italian immigrant culture in the United States and how the New York City area was the “hot spot” for this type of theater. We also compare it to other forms of immigrant theater, including Irish, German, and Yiddish, and discuss ways that this form of art can be preserved for years to come.

And we also discuss how this artform made its way into one of the best-known movies of all-time, The Godfather Part II, and how Little Italy’s longest-running store, E. Rossi & Co., played a role in preserving Sceneggiata for future generations.

If you’re looking for a very special way to broaden your Italian American cultural horizons, you won’t want to miss this week’s episode!

The Godfather Part 2 on Amazon Video

This episode was sponsored by