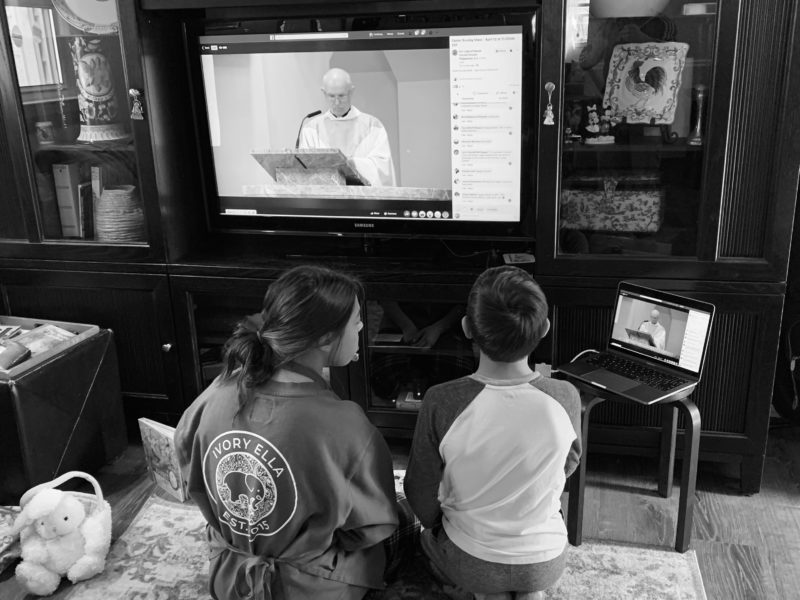 I don’t know many people who look back on their childhood and say, “I remember how exciting Sunday Mass was.”  Of course, I know many Italian Americans that remember Sundays, but not for Mass– their memories revolve around the Sunday dinner that happened afterwards.

I have three children, 13 years old and younger.  They don’t like going to mass on Sundays for many reasons.  They have to get up early and get dressed nicely, instead of staying in their pajamas and relaxing.  To them, Church is boring.  They have to sit in one place for 60 minutes (almost impossible for today’s youth) and listen to much older people read and discuss things that are usually over their heads.  Would you want to do that?

I will say that our Parish in northern New Jersey does a great job in offering a children’s Mass each week, where the readings and homily are catered towards children.  They even host a special portion of the Mass for very young children in a different part of the church.  That being said, my kids (even my youngest at age seven) feel too old for that, so it is no longer an option.

The current COVID-19 pandemic has dramatically changed the way we go to Mass.  We don’t physically go anymore.  Mass is now given through live streams over the Internet or you can watch Masses at some of the more famous churches, like Saint Patrick’s Cathedral, on television.

On Easter morning, our Parish conducted Mass through a live stream using Facebook Live. This allowed all of the community members who were participating to comment on Mass as it was going on, interacting with each other, and typing things like, “Amen,” when prompted.

I know for many of us that watching Sunday Mass on television or over the computer feels different, and it’s certainly not the same experience we are accustomed to; however, maybe live streaming Sunday Mass for a while will benefit the Catholic church in the long term by encouraging more of our youth to participate, even if it is through “likes” and “comments.”