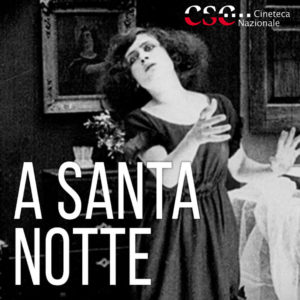 The Italian American Podcast is proud to support Bergen Community College as it continues its “Cinema Ciccone” silent film series this month with three unique films, all designed to celebrate this nearly 100-year old art.

The series will feature “The Docks of New York” on Tuesday, Feb. 11, “A Santa Notte” on Thursday, Feb. 13, and “The Adventurer” on Thursday, Feb. 20. All films will begin at 7 p.m. in the Anna Maria Ciccone Theatre, located at 400 Paramus Road at the college’s main campus. The films will feature live musical accompaniment by silent film performers, while the Feb. 20 showing will include an opening act comedy performance by “Uncle” Floyd Vivino.

“We are hoping these wonderful films will be well attended, not only by our Bergen County film buffs, but also anyone who wants to explore the wonderful world of silent films presented with live music accompaniment,” said Peter LeDonne, director of community and cultural affairs, Bergen Community College. “If that happens, we will most certainly make a silent film series an annual event and we even hope to partner with the two most prestigious silent film festivals in Italy.”

Podcast listeners will get a special treat for “A Santa Notte” on Thursday, Feb. 13, as our very own Patrick O’Boyle will be the evening’s emcee and will be on-hand for a meet-and-greet following the film.

“I am very much looking forward to this event,” he said. “Not only are we helping to bring awareness to a unique silent film that is part of the Neapolitan cultural heritage, we are also getting the chance to bring listeners of The Italian American Podcast together so they can continue the conversation that they are a part of every week.”

Based on a popular Neapolitan song, “A Santa Notte” is one of the few films directed by Elvira Notari, Italy’s earliest and most prolific female filmmaker at Dora Film. Notari is credited as the first woman film director to have directed more than 60 feature films and about 100 documentaries. The Elvira Notari Prize is named after her.

Rosé Angione, one of the actresses who studied at Elvira Notari’s acting school, plays the part of Nanninella, a young girl exploited and abused by her father, whom she maintains with her waitress salary. The story follows Nanninella as she is forced to marry a man she does not love in a desperate attempt to save her beloved from being accused of murder.

This “popular drama of passion” was one of Dora Film’s biggest hits and one of the only illustrative examples of Notari’s work today. Elvira and Nicola Notari’s son also starred in this film as Gennariello. The external shots are of great interest with their quasi-documentary qualities, grounding the ill-fated story of Nanninella in working class Naples of that time. What it is particularly striking about the film is its unusual perspective on the life of women belonging to the poorest classes and its criticism of the violence of a patriarchal culture.

The film, which debuted in 1922, was restored between 2007-2008, piecing together titles explaining the censorship of a multitude of depictions within the film, ranging from physical violence to drinking and more.

The print of the film that will be screened is a color print made in 2008 from two separate elements, a black-and- white duplicate preserved at Cineteca Nazionale and a nitrate print indicating the color processes used that found in the archives of George Eastman House. The restoration was part of the 2008 project “Non solo dive. Pioniere del cinema italiano” (“Not Just Divas. Female Pioneers of Italian Cinema”), which was dedicated to the rediscovery of women’s contributions to the national cinema industry during the silent film era.

The college is offering a special discount to listeners of the Italian American Podcast—tickets for listeners are only $10 and can be reserved by calling the theater box office at 201-447-7428.

Click here for more information or to learn more about the other films that will be featured.