It’s not just an event—it’s an outward manifestation of something felt so deep within the community of Jessup, Pennsylvania, that it can only be described as “anima,” or “soul.” This year, while forces beyond their control caused their event to be canceled, the “anima” of Jessup still shines through.

La Corsa dei Ceri, the annual “race of the saints” in honor of St. Ubaldo, is exclusively held in both Gubbio, Italy, and Jessup, Pennsylvania. Legend states that Holy Roman Emperor Frederick I (Barbarossa) aimed to sack Gubbio in the same way he had pillaged nearby Spoleto in 1155. Upon his return from successful negotiations with the emperor, then-bishop Ubaldo was placed on a platform and paraded through the streets of Gubbio to show the people he was safe. 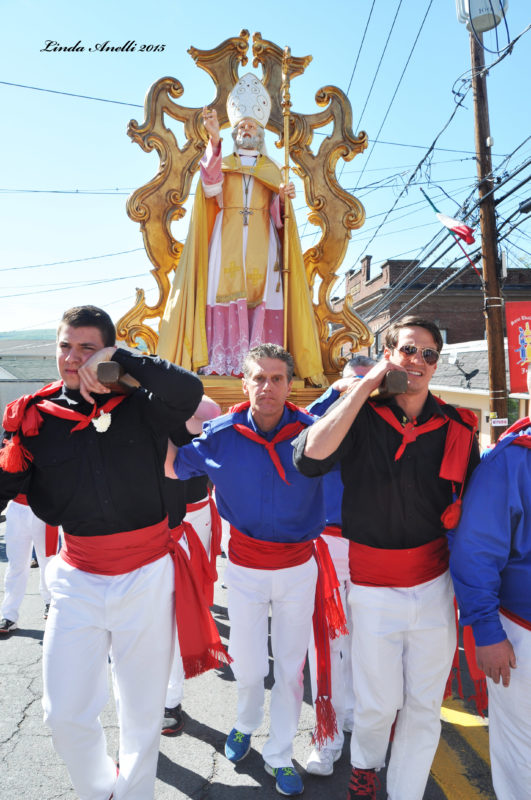 “For me, La Corsa dei Ceri fills a deep need on a spiritual level, it’s something beautiful that life gives us every year,” said Mauro Pierotti, the president of the Associazione Eugubini nel Mondo. “It’s a rite, it’s a sentiment. It is something that cannot be defined, but it is so real that once you see it, you can’t live your life without it. The thought of it runs through your mind all year long and on the day of the festivities, it explodes so vividly that you refuse to let anyone stop you from attending. It’s a representation of all of us who claim origins from Gubbio, no matter where we are in the world.”

This year, due to COVID-19, both Gubbio and Jessup canceled La Corsa dei Ceri in the name of public safety. In fact, the relationship between the two towns is so strong that Jessup will never move forward with their event if Gubbio cancels theirs. When Gubbio canceled their public celebrations in honor of St. Ubaldo for 2020, the borough of Jessup quickly followed suit. Despite the cancellation, however, both towns have planned special “virtual” celebrations in honor of St. Ubaldo, proving that the tradition of the ceri continues, no matter what.

The celebration of La Corsa dei Ceri was brought to Jessup by immigrants from Gubbio who arrived in the early 1900s in search of work in the region’s coal mines. Finding themselves in a large community of people hailing from the same town, the Eugubini worked to maintain their ties to their homeland, which included this particular observance. The celebration was suspended in 1952 as a result of the Korean War, but revived in 1976 as part of Jessup’s centennial and the American bicentennial celebration as a way to honor the town’s Italian heritage. 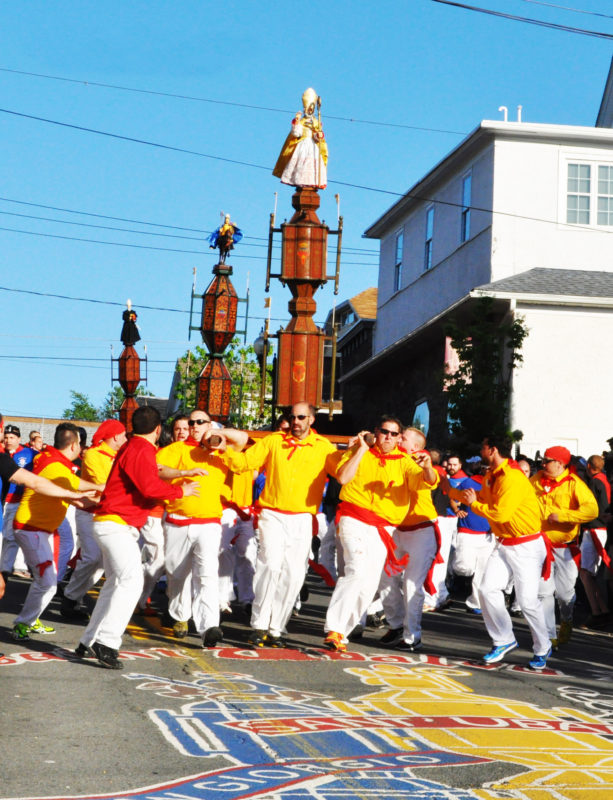 “To carry the same statue that my ancestors carried and to honor the saint who saved the lives of all of the citizens of Gubbio is profoundly moving,” she said. “This event means history. It means tradition. Most importantly, it means family. It’s important to all of us from Jessup, as well as anyone whose origins are from Gubbio.”

Usually on the day of La Corsa dei Ceri, a traditional Mass is celebrated at Jessup’s Queen of the Angels parish, where the ceri are blessed. Immediately after the Mass, the statues of each saint are put in place on their platforms, which is then followed by the traditional tossing of ceramic vases, known as brocche. That afternoon, a procession steps off from Jessup’s St. Ubaldo Cultural Center and finishes at the intersection of Powell and Ward Streets, which is where the actual “race” begins. The ceraioli circle around the block and then charge down Church Street. At the bottom of Church Street, they turn around and head back up the steep incline, which is known as “taking the hill.”

At the traditional conclusion of La Corsa dei Ceri, the entire town of Jessup gathers for a celebration at Veterans Memorial Field, where each team attempts to be the first to remove its saint from his platform and carry it up an embankment in the park. The day ends with a candlelight procession, where the saints are returned to the Saint Ubaldo Society Cultural Center.

La Corsa dei Ceri was postponed once again during the 1990s, but was reestablished thanks to the formation of the St. Ubaldo Society, which was formed to help organize and plan the day and its accompanying events, which include a special children’s race of the saints. Since 2000, La Corsa dei Ceri has attracted several thousand people from all over the United States, as well as Europe.

This year, St. Ubaldo Society has been revamping and sharing the events surrounding La Corsa dei Ceri in a virtual fashion this year via its Facebook group. This has allowed people all over the world to unite and celebrate this special tradition. Special celebrations have included a virtual choir singing Italian songs, decorations in honor of the saints, and even virtual Mass and the sharing of past events. 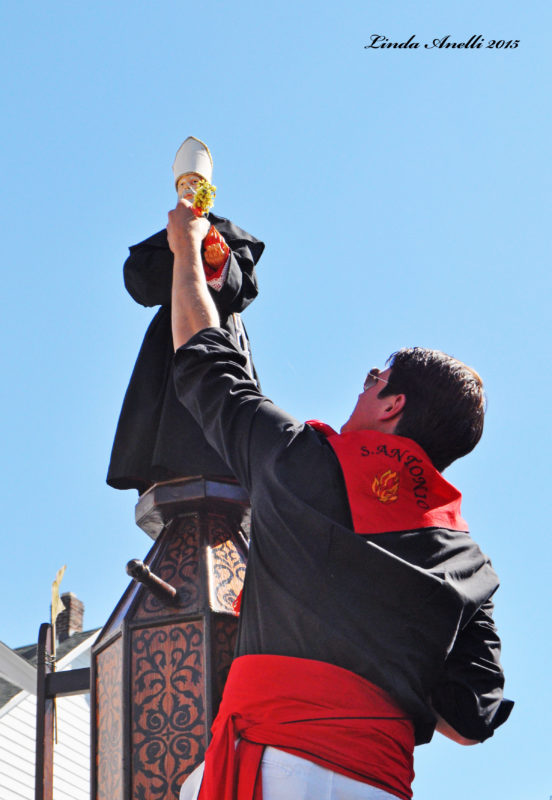 For Chris Nicastro, past president of the St. Ubaldo Society, the ultimate goal is to have the celebrations in Jessup exactly copy those in Gubbio.

“As La Corsa dei Ceri continues, the celebration mirrors the events conducted in Gubbio more and more each year,” he said. “In recent years, artifacts inherited from the mother festival have made their way into our celebration, adding to its beauty and authenticity. The whole goal is to create a similar atmosphere that spectators and participants can feel and, for one day, parallel the enormous emotions experienced in Gubbio.”

Residents of both Jessup and Gubbio have gone to great lengths to strengthen the towns’ shared heritage. In fact, the town of Gubbio recently sent a statue of St. Ubaldo to Jessup in recognition of the special bond that the two towns share.

“We all hope that the celebrations in Jessup continue to grow as time moves forward,” said Mauro Pierotti. “We hope that one day, La Corsa dei Ceri in Jessup becomes the largest and most famous Italian festival in the United States.”

For livestreamed events this weekend directly from Jessup, visit https://www.facebook.com/groups/saint.ubaldosociety/.