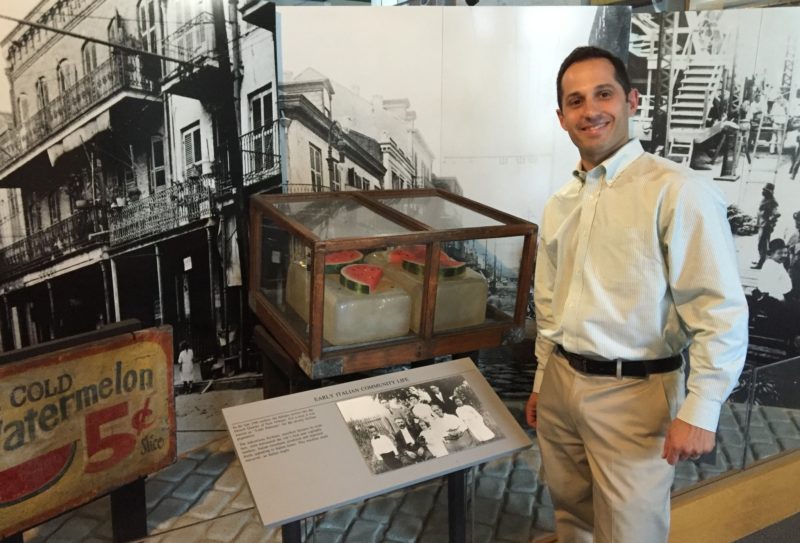 In the last six months, as host of the Italian American podcast, I have spent a lot of time researching Italian-American culture, but I’ve also had the opportunity to talk to and interview many Italian Americans.  There seems to be a major trait that most of these Italian Americans share:  They have an intense work ethic, or what I refer to as “hustle.”  They hustle in their careers every day.  They hustle at home to prepare amazing meals that keep their families together.  They hustle.

It seems only logical that this hustle mentality was handed down from our Italian-American ancestors.  Most of the Italians who immigrated to America were poor and had very little money, if any, when they arrived.  I can’t tell you how many of our podcast guests tell us similar stories of their grandfather or grandmother coming to this country with less than $10 to his or her name.  So, of course, our ancestors had to hustle to survive.  They worked themselves to the bone every day; their families depended on it.  We are here because of their hustle, and now that same forceful work ethic is ingrained within us.

We’ve made it as Italian Americans, haven’t we?

You could make a strong case that many Italian Americans have made it; by “made it,” I mean, we have successful careers and families.  We own houses in nice neighborhoods, cars, and even our own businesses.  We are lawyers, financial professionals, engineers, doctors, etc.  However, no matter how much success we attain, the Italian-American work ethic never seems to stop.  It is like a battery that never dies.  In a lot of ways, it’s this hustle that brought us this success…but, now what?

In our next episode of The Italian American Podcast, we’ll share our conversation with Tony Reali, host of ESPN’s “Around the Horn.”  The minute we met Tony, energy radiated from his being.  He was warm and sincere, like many Italian Americans are.  He gave us a tour of the studio. He made sure we had everything we needed to be comfortable, and like many of the other guests we have interviewed, his hustle was present every step of the way.

This is a 37-year-old man who has hosted an extremely popular sports television show for 15 years.  He joined ESPN in an off-air research position, and then, like many Italian Americans, he worked his way up.  On Super Bowl Sunday, about 15 years ago, he received a call with a request to fill in for the host of “Around the Horn,” who could not make it in that day.  Reali has been hosting the show ever since.  When I say hosting the show, I mean hosting the show full of hustle.  His preparation is intense.  His focus deliberate.  Yet on air, he manages to maintain his light and humorous off-air personality.  When I mentioned to him how impressed I was with his ability to be himself on television and not change who he is, he said, “It’s the only way I know how to do it, Anthony.”  I got the chills.

Maybe stopping isn’t a good idea. Maybe we can just slow down sometimes.

So maybe turning off this hustle isn’t really a good idea; after all, it’s a part of us.  It’s who we really are, and like Tony said, that’s the best way to carry yourself.  However, I do feel that we need to slow down sometimes and enjoy what our hustle has helped us to achieve.  After all, what’s the point of working so hard if we can’t enjoy the rewards of that hard work.

My great-grandfather, who emigrated from Salerno, sold junk to feed his family.  He hustled.  I have three young kids that I want to support, so I hustle.  My co-host Dolores, who I try to keep up with, is a hustler who I know works hard every day to make her father who is looking down on her proud.  Tony Reali has an 18-month old daughter, so he hustles even harder, but smarter way now.  My fellow Italian Americans, let’s keep hustling, but let’s do it in a way that allows us to enjoy what our hustle has earned us.  While I am confident our ancestors would never tell us to let up on our aggressive and passionate approach to life, I am sure they would want us to slow down once and while and appreciate the success they helped us to create.

Do you feel that hustle that our ancestors have bestowed upon us? Please post about it in the comments section below.